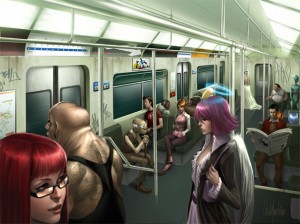 I spot a hotty across the train.

She’s sitting but there are people in the seats next to her.

A stop later, a seat next to her clears up.

With no hesitation, I squeeze past some baby carriages and sit down next to her.

I pull out my phone and start flipping through it.

“Hey…” I say slowly in her direction. She turns her attention to me.

I’m still looking at my phone.

“Yeah,” she responds in a friendly tone. “It’s around 34th street between 5th and 6th.”

“Hmm…” I say. I look over at her and give her a little eye contact. “Because me and my friends are thinking about doing some karaoke later.”

I like to mention something about my friends when I open women. It gives me a bit of social proof.

“Is it better to get a private room with your friends or go to a karaoke bar?” I ask.

“It depends,” she responds. “If you have enough people, probably a private room.”

“You know, some people really geek out on Karaoke,” I say. 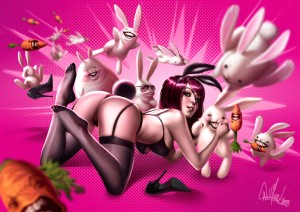 “They get their own Karaoke machines and practice alone at home.”

“You don’t even sing in the shower?” I ask her.

“I sing while I’m driving!”

“Oh man, what do you do that they give you a car?”

And the interaction is off and running…