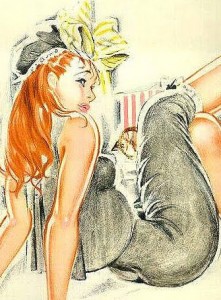 A packed 6 train can teach you a lot about humiliation, pickup, and women.

I learned my lesson a few years back, on a brisk fall morning. It was a Saturday morning, as I remember, at an hour so ungodly early that it shouldn’t exist on a weekend.

My hair was disheveled and my thoughts were groggy. Clearly I wasn’t looking for love but, as it so often happens, I found lust.

Before getting into the sexy details, you have to understand the unsexy situation. No matter what time it is, the 6 train always manages to fill up to the point where people get pressed against the windows. I don’t mean that figuratively either–the 6 train gets so packed that it smudges your cheeks against the glass like that Goonies scene with Chunk.

And this morning was no different. We morning commuters were pushed together so that we were no longer individuals; we were one collective body. Our arms, our legs, our sweat, even our thoughts were fused into one, singular nightmare that was trying to get to uptown Manhattan.

To endure the process, I practiced my urban Zen ritual of concentrating only on how many stops I had left before I’d have to wrangle myself loose of this knot of livestock.

I tried to pry another peep of her on my tippy toes, but I only caught a wispy glance of her black hair. Even that was an eyeful. From half a train car away it looked silky and ethereal and a shade of black so dark that it shimmered.

My eyes closed and I imagined running my hand up the back of her neck, catching strands of that hair between the webs of my fingers. I knew I had to approach her.

I opened my eyes, and remembered that I was on the 6 train. I didn’t dare take a step toward her. The speeding freight of human cargo seemed to sense my intentions, and already condemn me for possessing them. As I looked around, judgmental stares seemed to warn me: Don’t do it.

I suddenly snapped to my “better” judgment. I must be crazy, I thought, to have even considered approaching a girl on the 6 train. That admonishment was like a crack forming in a dam, inviting all my fears to flood my brain. What if someone I know is on this train and they see me approach; what if she rejects me and everyone sees; what if she has a boyfriend–of course she has a boyfriend, look at her! 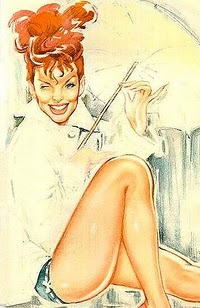 But then, the flabby, red-faced man leaned a few inches backward, again treating me to a perfect glimpse of her.

Fuck it, I told myself, just…fuck it.

I waded through the thick forest of bodies that crammed the path between she and I. As I pushed through them, the murmurs already began flaring up. I was “that guy.” Little did they realize, I was about become “THAT guy.”

As I closed in on her, I sidestepped a Hispanic lady with a baby stroller with such finesse it would have been fit to show on ESPN Sportscenter in slow motion. Plowing through the final bystander, I found myself smack in her face–literally. Once I was that close, I realized I’d overlooked two details I could have never noticed from half a train car away:

1. She was even more beautiful up close

2. She was listening to an iPod

Both of these unforeseen details made me want to turn on my heel and abandon what I’d set out to do.

Something compelled me to motion my hands in front of her, frantically, as if I were trying to flag down a speeding car.

She peered up, confused.

She plucked out the earphones, suspiciously.

“Hey,” I boomed again, realizing I was actually panting, “I thought you were adorable I had to come over to meet you!”

Once the words left my mouth, it was like I’d detonated a bomb. The entire train erupted in laughter. For a brief moment, this collective body of cramped commuters put their frustrations aside to celebrate the hilarity of me thinking someone was so adorable that I had to meet them.

The crowd vibrated and pulsed with laughter as stray hecklers yelled their snide potshots. A group of young guys by the emergency exit pointed and barked, “You gotta be kiddin’ me, bro! Did you really just say that?” A frail old lady shook her head and muttered, “Disgusting!” But the most biting remark came from an enormous black woman who was sprawled across two seats, a woman who seemed born for the sole purpose of snorting the condescending line, “M’hmph! Good luck wit dat line, honey!”

The 6 train was in absolute hysterics but the only two not laughing were me and the girl. At some level I was aware of every snide remark and derisive fit of laughter; but on another level, none of it registered at all. 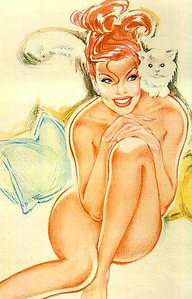 As I gazed into her eyes, a belief hardened into reality. That belief was that people’s opinions don’t matter; only taking action and bravely doing what I know to be right matters. My life wasn’t to be lived by a jury where majority rules. If I lived by those standards, then I shouldn’t expect my success with women to change in the slightest. My success with women had been disappointing in the past not because of what I lacked, but because of what I believed.

As the mushroom cloud of humiliation enveloped everything around me, I remained impervious to its influence. Not only did I not feel it, but she didn’t either. We held eye contact with one another as we cordoned off our small bubble of reality. It was a bubble that dared to float above the majority rule, to float above being average.

Few guys ever accept the belief that they can take action even when it contradicts the “status quo.” Even fewer guys ever see that belief through to reality.

That morning a packed 6 train got a laugh at my expense, but that was a price I was willing to pay to act on what I knew to be right. Approaching that girl made me realize that my drive to meet women is more important to me than the comfort of fitting in.

Now you have to ask yourself: is your drive to meet new women more important to you than your desire to fit in and be accepted?

There’s only one way to answer that: approach the next hot girl who catches your eye, regardless of the situation. Solidify your belief into reality by taking action.

Hopefully this vignette inspires you to act on what you know to be right. While reading can often inspire you at the moment, I know how difficult it can be to approach women when you actually see them. That’s why I created an iPhone app called “ApproacHER” to help coach you through those crucial moments when you need motivation most.

To learn more about my “approach coach” app, go to Apple’s app store and type in “ApproacHER” or “Rob Judge” to learn more.

Or you can check out my information page, on the ApproacHER app. (Link: http://approacher.robjudge.net/)

Oh, in case you’re wondering, how did it go with the girl?

We ended up going on a date, hitting it off, and I enjoyed a brief–but passionate–relationship with her. The humiliation was well worth it.