Why Men Should Move Slowly into Relationships 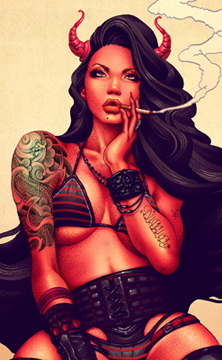 The reluctant groom may be more than just a macho stereotype; it may be an in-built evolutionary mechanism that reflects the differences between male and female mating strategies.

In How to Get Her to be Your Girlfriend, I talk about why it’s advantageous for a man to not be so straightforward with a woman about his intention to make her his girlfriend.

If the ‘relationship’ is moving along at a brisk pace, it’s in his interest to get her to ask him to be exclusive rather than the other way around.

This advice does not necessarily pertain equally to men and women. It’s not just advice to try and gain the upper hand in the relationship.

This may be evolutionary by design.

At Overcoming Bias, Robin Hanson explains brilliantly Why Men are Bad at Feelings.

From an evolutionary perspective, when ‘deciding’ to have sex (as in an evolutionary impulse, not a logical decision), women have very different investment considerations than men.

Firstly, women invest nine months physically during pregnancy, and then usually carry the brunt of the child-rearing after birth.

Since cooperation between men and women in child-rearing was evolutionarily advantageous, pair-bonding developed and men would provide support for the upbringing of children. To facilitate this, evolution created feelings of attachment.

Such bonds can break, however. And because they are asymmetric, their betrayal is also asymmetric.

But here’s the rub: not only are they opaque to others, but their feelings are opaque toward themselves.

For evolution to work flawlessly and in its own best interest, those signals are not only hidden from the opposite sex, those inclinations are hidden from ourselves.

Men and women may have evolved, either genetically or culturally, to adapt to these pressures on their appearances. If so, then we should expect men to be more self-aware, transparent, and simple regarding their feelings about short-term sexual attractions, while women have more complex, layered, and opaque feelings on this subject.

In contrast, women should be more self-aware, transparent, and simple regarding their feelings about long-term pair-bonding, while men have more complex, layered, and opaque feelings on this subject. By being more opaque on sensitive subjects, we can keep ourselves from giving off clear signals of an inclination to betray.

In other words, things like gift-giving and sentimentality are more risky for men at the beginning of a relationship. And in fact explicitly pushing for a relationship and asking for one is much riskier for a guy.

Likewise, pushing for sex at the beginning of a relationship is much riskier for a girl. Rather than sex on the first date, giving in to sex after a few dates makes it much more likely he’ll want a relationship.

Also see, Why You Should Start All Relationships as Casual for a first-hand, woman’s perspective of what happens when a guy moves too fast into relationship territory.

posted in Relationships, Sex and Escalation