Why Do Women Have to Fight Over Me? 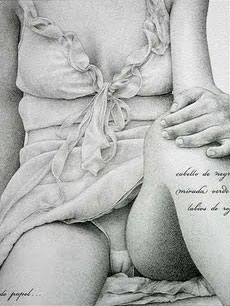 I’m not enticed by the prospect of a two-woman bar brawl ignited over the possibility of going home with me.

Can’t we all just get along?

I scan the uptown restaurant/bar, looking for my friend Mike.

I haven’t seen Mike in a while, so it will be nice to catch up with him.

I spot him sitting alone at the bar. Three seats away from him is a cute girl.

We talk for a moment and agree to get some dinner sitting at the bar. I turn to the cute girl, now one seat separating us, and ask her, “How’s the food here?”

She tries to answer but her mouth is full, so she half mumbles, half laughs and gives a thumbs up.

I turn back to my friend and continue the conversation.

More often than not, this is how I ‘open’ women now. It’s an extremely casual single question or comment. I do it a lot. It’s a great feeler to see if they’re interested in conversation.

I don’t anymore subscribe to the myth of the pickup artist who dives in like a kamikaze bomber, trying with all his might to take out a target. Casual tends to conserve energy and my spirits, and if things don’t go anywhere, I’m 100% fine with it.

Mike and I continue to talk. We talk about music and other activities. The cute girl to my left pays her tab and leaves. And in a few minutes, another cute girl sits in her place.

I take notice of this while I’m talking to Mike, but I don’t do anything yet.

Mike and I continue to talk for a few minutes more. We start talking about working out.

Mike’s been doing P90X. Midway through this conversation, I turn to the cute girl next to me. 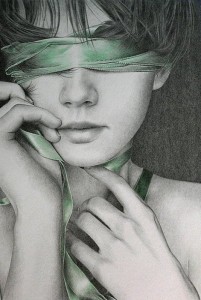 She lights up as she responds, explaining her answer. I pull her into the conversation with me and Mike.

Asking an opinion of a girl nearby is a great way to initiate a conversation. Particularly if you are truly discussing something with your friends, it’s a very natural and relaxed way to bring a girl into your conversation.

Eventually we all introduce ourselves. Her name is Rachel. She’s a lawyer.

All the while I’m talking to her, I’m throwing cocky-funny jabs out here and there, asking her if she finds it difficult to resist a guy as sexy as me.

It turns out she’s visiting from L.A. I’m going to be going there next week, right as she’s returning from New York.

I tell her I’m going to hire her as my tour guide–as long as she can resist hitting on her boss. She’s says it will be hard to resist.

During our conversation, she had checked her phone a few times. She was meeting up with friends and trying to figure out what she was going to do.

A little while after I get her number, an older woman, maybe late 40s comes up and says hello to Rachel and asks if the seat between us is taken. I say it’s not as I pull my bag off.

Thinking this woman is friends with Rachel, I introduce myself. Her name is Beverly. She’s older, but is dolled up as if she’s out to meet someone, or at least have fun.

I talk to her for a minute. Then I get up to go to the bathroom. When I return, the action begins.

It turns out Beverly didn’t know Rachel. She simply sat in the seat next to me. While I was gone, Rachel had asked Beverly if she would mind switching seats so she could sit next to me.

Beverly didn’t seem to like that idea. She wanted to continue sitting next to me. After all, I was pretty friendly to her when she sat down.

When I get back from the bathroom, Beverly is saying , “The nerve of her to ask me to move!” At first, I joke along with her. I was being friendly with everyone, making conversation.

Then Beverly calls Rachel a bitch.

“Alright, you don’t have to call her a bitch,” I say as I turn my back on her.

She tries to apologize for calling her a bitch while still complaining, but I’m done with her. 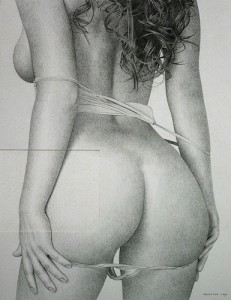 Rachel in the meantime is pretty much laughing this off, while still trying to get next to me.

The couple next to her graciously offers to move so that me and Mike could come sit on the other side of her.

I decline. I’ve already gotten Rachel’s number and unless we were going to hang out late into the night, I’m better off leaving at that point.

After paying the tab, I walk over and give Rachel a hug. She says how much she’s looking forward to hanging out when I get to L.A.

The next day I send her a text.

“Your ‘friend’ Beverly seemed fun. We should all hang out again soon. Ha ha”

I missed more action after I left, Rachel informs me in a text back. She can’t wait to tell me more.