What to Do When She Opens You 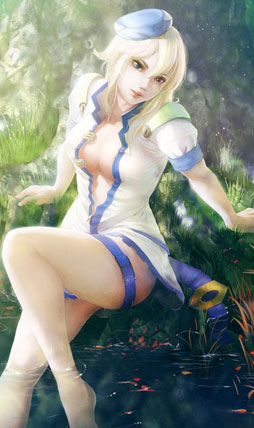 Two amazing women walk out the front door of the restaurant.

My friend and I are sitting at a table outside.

We noticed them inside earlier and even saw some eye contact, but conditions weren’t right to open.

I’m sitting there in conversation with my friend when they walk over to us.

“I’m wondering if I can ask you guys a question about places around here…” she begins.

A smile creeps across her face.

“My name’s Eric,” I say. She laughs and introduces herself. “My name’s Melissa and this is Anna.”

Women do the same things men do when they’re interested, except they are usually more indirect.

Whenever a woman opens a conversation with me, I bust on her a bit first. This completely reverses any power she may have in the situation.

She can’t really ‘just say hi’ because–unlike a man–it usually works against a woman when she is too direct.

Whether or not a woman is truly into me when she initiates, I always act like she is interested in me.

And it doesn’t even really matter whether she is ‘truly’ attracted to me or not. A lot of times–unlike men–women aren’t even consciously aware of their attraction for men.

So it’s funny to call them out on it.

“We were wondering if you guys know of any cool bars in the area,” she continues.

“There’s lots of cool places,” my friend chimes in. A few sentences later he tells them–not asks them–to join us.

“C’mon, what are you doing standing there. Grab some seats.”

These girls are pretty much as hot as it gets. Decked out with amazing natural hour-glass figures you would only find in a Latin country.

Unfortunately for me, the girl who sits down next to me speaks hardly any English.

Truth be told, I hate that situation. When a girl speaks very little English, I usually bail.

Not that you can’t make headway in that situation. In fact, if she speaks poor English, it’s usually easier because she feels a bit insecure about the language.

It’s just so much work trying to communicate when her English is terrible.

I can still banter, but it’s like trying to walk with your shoelaces tied together. 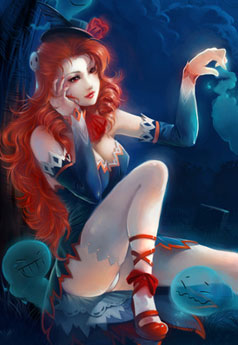 I try to tell a story but she’s just not getting it. So I ask a few questions.

Where are you from? What do you do? Blah blah blah.

My friend is doing great with his girl. She speaks perfect English.

Anna is originally from Costa Rica. We start to talk about travel.

I ask her where she’s been. She mentions Argentina.

I tell her my mother is from Argentina and that my aunt left Buenos Aries a few years ago to move to New Zealand.

“Where is New Zealand?” she asks.

“New Zealand? You don’t know where New Zealand is? Near Australia?”

She shakes her head that she doesn’t know.

“Man, they don’t teach you geography in Costa Rica, do they?” I say.

At that point, the interaction shifts. She laughs. You can see a change on her face.

She realizes that I’m the guy who doesn’t let her get away with shit simply because she’s beautiful.

By the end of the conversation, I get her to promise to teach me how to cook.

“Where are we gonna cook?” I ask her.