What Are Your Stories? 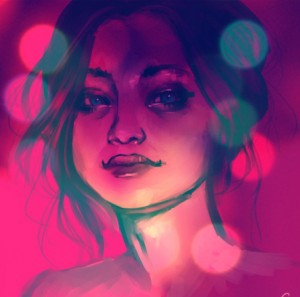 This article is from Mark Manson at PracticalPickup.com

I parked my car in front of the gym and immediately popped my iPod headphones into my ears. As I get out and walk across the parking lot I catch a glimpse of a slender figure walking toward the door from another angle. I look over. She’s hot.

We catch eyes and hold. She looks away, but only after holding my gaze for a half-second longer than most people would. An instant of sexual tension pops up between us.

She walks into the gym about ten paces ahead of me. I check out her ass. It says “PINK.” It’s those fuzzy kind of tight sweat suits girls wear some times. My mind immediately judges this. For some reason I think she is trashy. I have to stop myself. Shut up, what do I know?

For a moment we’re at the sign-in desk next to one another. I start scanning in my mind for something to say to her. But before I settle on something her phone rings and she answers it. “Oh god, one of those girls,” I instinctively say to myself. Again I have to stop myself. I don’t know this girl. But obviously if I’m dedicating such mental energy to her, I probably should.

For a few seconds in my head I toy with some logistic scenarios that would allow me to open her later… like pretend I have to go to the bathroom so I can come back and hopefully catch her off her phone. No, that’s too contrived. I could just approach her in the gym while we’re working out. But to be honest, that has never gone well for me in the past. Or maybe I do my work out and try to time it so that I’m leaving when she is. Then I would feel like a stalker. Theoretically, these things could work, but my mind’s losing interest. My headphones are blaring and I’ve moved on to my workout for the evening. Not now chief, I’m in the fucking zone.

I’m not going to lie and say that despite all of my hedging and indifference, that I magically came up with some miraculous opener that saved the day. Because I didn’t open her. In fact, I don’t remember seeing her again or thinking of her until I sat down to write this article. So I didn’t save the day. But then again there was nothing wrong with my day and there still isn’t. 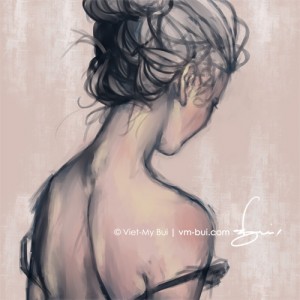 I’m also not going to sit here, as is typical with these types of columns, and chastise myself for bitching out, for being a pussy, and for not manning up. It’s not THAT big of a deal to be honest. And I’m also not going to give you, my humble reader, yet another lecture on how you should never bitch out, how you should always, always, always open, no matter what you fucking pussy — even if she’s at the gym, on the phone, juggling knives, doing a hand stand, changing a flat tire or administering CPR — you ALWAYS fucking open, goddamnit… Right?

Let’s be honest, we all pass up dozens of situations like the above on a weekly basis, no matter how experienced or inexperienced we are. We’ve all let hundreds, if not thousands go, usually without a thought. We’ve all done it. And we’ll all continue to do it.

So I’m not here to rail on you to stop passing up on opportunities. You already know the opportunities you pass up. And I’m sure by now, you’ve had more than your fill of woulda-coulda-shoulda moments. You don’t need me to tell you when you should have gotten off your ass and did something.

I’m more interested in the stories you tell yourself. The stories that we all tell ourselves. Allow me to explain…

When I got into this stuff six years ago, I struggled with approach anxiety as much as anyone as I’ve ever met. I’ve coached well over 150 guys by now, and I’ve maybe only met 3-5 students who have had worse approach anxiety than I did when I started.

Jump to today. I rarely experience approach anxiety consciously anymore. That isn’t to say I’m some sort of bad ass. I put in my time. I paid my dues. A lot of it was fun and a lot of it sucked and was humiliating. But I did it. I grew. And I’m a better person for it now. Through the basic rote exercise of approaching thousands of women in the most basic or ridiculous scenarios over the years, most of that palpable fear — the hand sweating, the fast breathing, the mind going blank — most of that is gone. 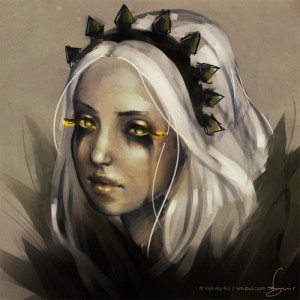 What’s not gone, and as far as I can tell, what will never be gone, is a continued internal resistance to change, whether it be through outright fear, or subtle sub-conscious thoughts trying to sabotage me. That never stops. I don’t feel nervous anymore, but I do feel a dreadful judgment and boredom. “Only prissy girls wear crap like that,” “Oh God, she’s one of those girls who’s always on her phone. I don’t have time for this.” Sometimes it happens pre-approach. Sometimes it happens 30 minutes in. Sometimes it happens on the second date. But always, these judgments aren’t accurate portrayals of her. I don’t even KNOW her. Yet I’m judging her. It’s a defense mechanism. My conscious fear has disappeared, but my sub-conscious resistance is still alive and kicking.

And from what I’ve observed, EVERYBODY’S sub-conscious defense mechanisms are still kicking. The resistance doesn’t go away. It just changes shape. Over the years anxiety morphs into apathy which morphs into arrogance. The resistance may come while approaching or while escalating or before having sex or a when you want to commit to a girlfriend. We all have our own weak spots, and those weaknesses each have their own form resisting the change we want. One boundary simply gets pushed back into another and another.

Whether you feel incredibly nervous before you approach, or if you procrastinate calling girls you’ve met, or if you tell yourself that you just “don’t feel like” having sex when you’re out on a date with a girl even though she’s obviously into you, this is your sub-conscious resisting change. And your mind is inventing stories to explain that resistance. These stories have emotions tied to them, whether they’re fear, boredom, anger, shame, or whatever — which serve to supplement keeping you in the same place you are right now. It’s your emotional inertia. It’s the status quo. The mechanisms wired into you to keep you there, safe. And we all have them.

Here are some other stories I’ve been telling myself lately: That I’m too good for these girls… it’s my sub-conscious’s favorite story right now. I tell myself, “I’ve been with 25 girls hotter than her, so why should I bother?” Yes, I recognize the myriad of things that are wrong with that thought. Yes, I realize I’m totally full of shit when I think that. But that’s my point. We’re all full of shit… a lot. All of our stories are. And we listen to them most of the time. We believe them. I know mine’s dumb, just like your’s probably is too. But that’s what pops into my head. 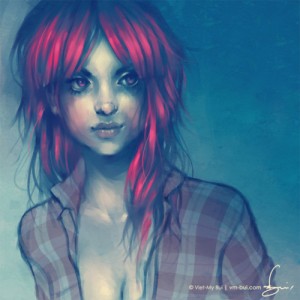 That’s the excuse I have to fight through these days. And for me, this one is a constant battle.

Another one that’s been surfacing a lot is that I don’t follow up by phone/text enough because I feel like I’ve somehow earned the right to not work so hard for these girls anymore (if you ever wondered how teaching pick up can kind of screw you up, there’s a nice example). So I don’t call girls back as often as I should. I feel entitled for some reason. Like they should feel grateful and just show up at my door-step when I want to them. Sure, sometimes I genuinely don’t really dig a girl and don’t care if I see her again. But other times I do and I regret not putting in the extra effort a few weeks later.

Maybe you tell yourself that you need to have something really amazing to say for her to like you. So you stutter and stumble when talking to her, trying too hard and weirding her out. Here’s a story to try out: maybe you’re already amazing.

Or how about this one? Maybe you tell yourself that you’re not even ready to go out yet. You sit at home and read more posts like this, telling yourself “Just a little bit more,” or “After I get a raise and a new haircut,” or “once I save up to buy some nice clothes.” And then once you get that raise, or get those clothes, then a new story pops up to take its place. You need to study more inner game first. Or go on a diet. Then you’ll be ready. Yet six months have gone by.

It’s always something, isn’t it? There always seems to be something that you don’t have right this second, that if you had it, you’d be able to act in the exact way that you’d like. Right? 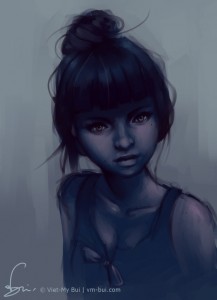 People talk a lot about the idea of “skill” in all of this stuff. “Pick up is a skill. It needs to be practiced.” Blah blah blah. I think as the years go on, it’s being proven over and over that what you say isn’t so important, where you go isn’t so important, how you open isn’t so important… What’s important is that you move things forward without hesitation… without that resistance that you’re obeying right now by doing nothing, by remaining in the status quo — the same resistance I listened to today at the gym. That girl could have been the love of my life, the absolute perfect girl for me. Who knows? I never will.

The only important skill in pick up is learning how to stop buying into your own bullshit, to stop believing your own stories. The resistance is constant. So you must constantly fight against it, to acknowledge the stories you create for yourself, look them in the eye and say, “You know what, I don’t care if she’s on her phone and her ass says ‘PINK’ on it, I want to to meet her.” And then do it. Without hesitation. Without fear. And without excuse.

Sure, you’ll have to flex your mental and emotional muscles, and build up your body of self-awareness… but here’s the good news: those are the muscles chicks actually like.