Start Feeling Rejected And Its Game Over 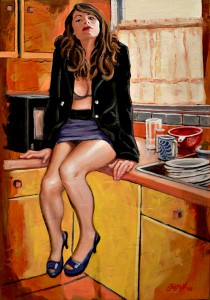 I could feel my blood start to boil.

She was awesome. We’d been flirting for three days over text message.

“Will you purr.” I responded.

I was going to be out for the rest of the week so I text her and ask if she wants to get a drink that night.

“No, I’m staying in and doing nothing tonight,” she replies.

My blood starts to boil.

Nothing??? My mind starts to run. What does that mean? It’s one thing if she has other plans, but she flirts with me all day and then says she’s staying in and doing nothing?

The thoughts that run through my mind aren’t logical. Is she fucking with me? Is she just looking for validation? I knew I shouldn’t have been so flirty with her over text. Now she’s been validated and doesn’t want to meet up.

It’s a familiar feeling. It’s that feeling I get when I’m with a girl and I start to sexually escalate and she says no.

Guys can be such pussies. And I include myself in that. It’s like my feelings get hurt when a girl says no to getting sexual.

I feel like she’s teasing me. I get angry. I get aggressive. I want to shut her out.

I want to act cold to her. Perhaps some would describe it as mean.

I’m like a kid that can’t have his candy.

I’ve learned though, that letting myself react like this is very counterproductive. It’s important to not take it personally when a girl says no. 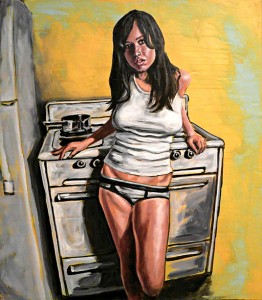 Oftentimes when a girl says no she actually means ‘maybe.’ Or even better, as Daniel Johnson showed in his blog, she probably means ‘not yet.’

How can you tell the difference when a girl really means ‘no’ and when she means ‘not yet’?

For one thing, is she still there with you? Is she still showing some kind of interest? If so, chances are she’s just not ready yet.

It’s taken some practice for me to realize that whenever she says ‘no’ to sexual escalation it doesn’t mean ‘I don’t like you.’

The best thing to do when she says ‘no’ is to not let it affect you at all. Be totally cool with it. And try again later. Be persistent.

Maybe you’re not doing it right and you need to change something up.

Maybe you need to move slower.

Maybe you need to TAKE THE LEAD, take the risk of getting rejected so that she doesn’t have to. She doesn’t want to feel like a slut. She shouldn’t have to take responsibility for whatever happens.

Maybe it just takes some TIME. A half hour passes and she’s way more into it than she was before.

But whatever you do, don’t take it personal. Don’t feel rejected or it’s GAME OVER.

After my blood stops boiling, I calm myself down and decide to be cool with whatever. I get on the phone with her and invite her out to a movie I want to see, not even really caring whether we hook up or not.

She texts me back a little later “Would you wanna come over and do nothing with me?”

I could do that.