My new book and audio training program is available now through this link:

She’s Six Steps Away gives you absolute clarity on how to get past your fear and start meeting women.

This simple and effective system moves you on to incrementally more challenging situations at your own pace.

Each step has specially designed exercises to improve your confidence around women slowly and gradually without feeling desperate or needy, or using manipulative lines and tactics.

Whether you’re looking to get a girlfriend, date a lot of women, or you just want to be a more social person, this system is an indispensable first step.

She’s Six Steps Away teaches you how to meet women:

There’s nothing out there that teaches you from the ground up like this.

Plus, I’ve included some amazing bonuses: 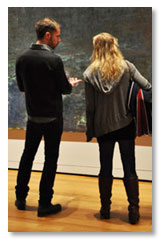 Over 3 hours of in-field audio recordings of my interactions with women.

In the past, whenever I read about how to do something, there was always a lot of questions in my mind.

How does this actually SOUND when you do it?

How do women tend to respond?

And probably the biggest question in my mind:

How does this work within an entire interaction from start to finish?

Of course, in the book, I write about real-world examples. Some of them are my interactions. Some are my clients’ interactions.

I write exactly what I say and what they say.

But I decided to go one step further and record interactions for pretty much everything I tell you to say to women.

In Step 3, I provide over 65 different ways to initiate an interaction with a woman. I demonstrate each of these in the real world.

In the later Steps, where you stay in interactions longer, I provide entire interactions from start to finish.

You get to eavesdrop on my actual conversations with the hottest women in New York City.

And some of them get very personal. That’s okay, because of how important I think it is.

I was originally going to release this as a course by itself but decided to put this in as a bonus with the book. They go hand-in-hand. 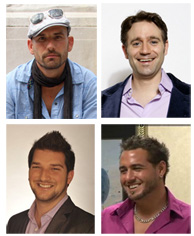 Plus, Bonus #2: 8 different interviews with the best gurus on the planet.

These are all new interviews.

I interview one of these guys for each step in the program so you have an amazing inspiration as you go out and practice each step.

Step 1 – Brad P. Do I need to even introduce this guy? Ranked on many lists as one of the best pickup artists in the world, Brad has been on the forefront of cutting edge seduction technology when it comes to meeting women. He was also the very first guy to take me out to meet women 7 years ago.

Step 2 – Cory Skyy. There is no one in the world I would rather interview about the step on positioning than Cory. Cory is undoubtedly one of the best naturals in the world. I’ve learned a ton from him. He talks about exactly how to lay the foundation for a rock-solid interaction.

Step 3 part 1 – Hurricane Lee. Not sure if this guy is any good. 😉 I’ve only seen him pick up models half his age almost time we go out together. And he doesn’t even take their phone numbers. They contact him afterward. Lee’s game is as tight as it comes.

Step 3 part 2 – Lance Mason. Lance was my breakthrough coach when it came to daygame. He taught me the foundations. So good I ended up coaching for him for three years. Lance is a guru in the truest sense of the word. You can never predict what he’ll say and this interview is guaranteed to blow your mind.

Step 4 – Robbie Kramer. How does a chubby, mediocre looking guy get the hottest girls around? Robbie’s attitude is nothing less than addictive. He knows how to have fun in this process and make it fun for everyone involved. This interview is a must-hear.

Step 5 – John Keegan. John is so good I actually got coaching from him AFTER I became a coach myself. He was featured in the New York Times and has been killing it on the New York scene for the past four years. There is no one I’d rather be interviewing than him in this step. He is the master at transitioning into personal conversation.

Step 6 – Lance Mason. Lance is so good, we decided to do two interviews. First we did this amazing interview on emotional connection. What he said in this interview gave me chills. This is the last and most important step in meeting women and Lance more than delivers on the goods.

Step D, Being Direct – Glenn P. The things I’ve seen Glenn do. you wouldn’t believe if you didn’t see it over and over again like I have. Glenn is undoubtedly one of the best personalities in the industry. And there’s no one better when it comes to being direct with women.

Don’t hesitate or you may never take action at all.

I’ll see you on the other side.