She'll Make Herself Vulnerable When You Do 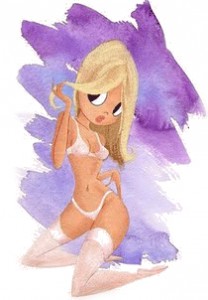 When she wants love, my cat curls up into a fetal position, exposes her underbelly and meows.

Makes me want to cuddle her.

My cat is making herself physically vulnerable to me.

She is acting submissive in order to get me to show affection.

She is acting exposed.

There is a natural tendency for me to take initiative and show affection.

People show emotional vulnerability in order to get affection and build relationships.

What does it mean to show emotional vulnerability?

It’s exposing a side of yourself that may be weak, flawed, having difficulties or struggling.

With women you want to remain mostly dominant. You are the initiator, the leader.

But you can’t remain 100% dominant at all times.

If you are 100% the cool guy, then she won’t feel connected to you. And worse, she won’t want to make herself vulnerable to you.

You want to remain mostly dominant, but show a little bit of vulnerability.

Here is the key to being vulnerable: 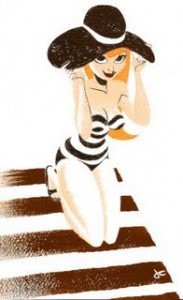 You do not want to pull out your bag of sorrows and start complaining to her about your entire day. That will come off as a wussy.

The amount of vulnerability needs to be appropriate.Ã‚Â  How much vulnerability you show depends on how well you know her and how far you are into the interaction.

When I first meet a girl, I may say something like this:

I joke with her. “Oh my god, that was awesome, I’m taking you everywhere with me. I’m always getting lost and bumping into things.”

The last part about getting lost and bumping into things is an appropriate vulnerability at that point in the interaction. I’m almost joking, but that’s perfect. I’ve found that it warms women up to me.

Once it gets deeper, you can both start to share a little bit more.

A little later in the conversation, you may want to hint at what your struggle is rather than dumping it on her emotionally.

So maybe after a few minutes of conversation I might say:

“I’ve been doing a lot of running lately. I injured my back a few years ago, and it’s the best thing for it. I’m really wrestling with this injury. But I’m a tough cookie.”

What I would not say, at least not after a few minutes of conversation with someone I just met is:

“I’ve been getting really down about this back injury I have. I sometimes wonder if it will even get better. It’s been five years and there’s no relief in site. I might see some more doctors.” 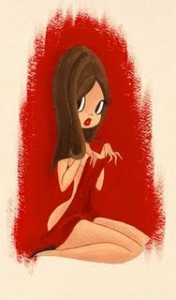 The last thing I said is something I might say to a close friend or a girl that I’m seeing. I would not say it to someone I’ve just been talking to after five minutes.

Being vulnerable is huge. Without it you can’t have a relationship.

My friend Lee gives an analogy about relationships based on Market Theory.

Theoretically you could complete the entire transaction at once and everything would work out.

But what happens in the market is different.Ã‚Â  If you simply said that you have 100,000 shares of an item, you would be exposing yourself.Ã‚Â  Then the other guy might say, you know what, I only need 50 shares and at a much lower price.

Likewise, if he said right out that he is looking for 100,000 shares, he would expose himself and you might jack up the price.

So instead, you first say, I have 100 shares to sell.Ã‚Â  You expose yourself a little bit.

Then he says he’s interested in buying 100 shares. Then you can have a transaction.Ã‚Â  Once that transaction is complete, you move on to another 100 shares.Ã‚Â  Or maybe 300 shares.

So you start slow.

Make it a little more fun and non-committal at the beginning.

And gradually start to show vulnerability.

A little bit at a time.