She Doesn't Know She's Attracted to You 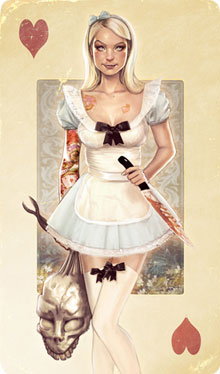 I’m standing on the subway platform when she catches my eye. I look over at her.

And then… I see her subtly look in my general vicinity.

Is she attracted to me? I wonder to myself.

Asking that question is a mistake in and of itself.

This is because women often don’t know themselves when they are attracted to a man, at least not in the same way men do.

When a man feels attracted to a woman, he knows right away. He feels a desire to have sex with her.

For the most part, man’s attraction is visual. When he sees a woman, he feels attraction instantly and powerfully. There is no doubt in his mind that he wants to fuck her.

If the attraction is very strong, he may think to himself, “Oh god, will you look at her, she is so hot.” Or, “Wow. I want to fuck that girl so bad.”

But women do not feel attraction the same way that men do.

Have you ever asked a woman why she likes a guy or what makes her attracted to him?

The other day I was talking with a gorgeous girl I’m dating. I asked her about the last date she’d been on and what she thought of the guy.

“Were you attracted to him?” I asked.

“He was okay,” she responded. “He was a cool guy, but I just wasn’t attracted.”

“I don’t know. He just wasn’t… sassy.” She laughs at herself. “That’s a really stupid word to use, but it’s the best word I can come up with.”

“Like he didn’t fuck with you enough?” I ask.

One could argue that she’s being coy with me, that in her mind she simply thinks I’m more physically attractive than those other guys.

But you ask any woman this question–why are you attracted to him–and chances are, her response will firstly revolve around behavior and secondarily around looks. 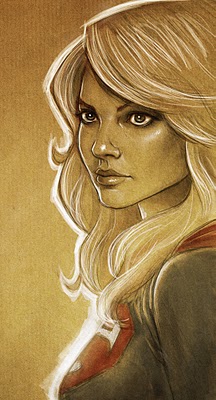 This is because attraction for women does not necessarily equal “I want to fuck you” like it does for men.

It means that she has not eliminated you and she’s waiting for more information. She’s waiting to see your behavior.

She’s looking at your eye contact, your body language. She’ll notice your reaction if she catches you looking at her.

And primarily, she’s wondering whether you’ll man up and take initiative. Will you act confidently, or will you shy away?

Her attraction for you hinges on your behavior in her presence.

There is a lot more to “assume attraction” than we realize. In many ways, if you can assume she’s into you, then she is into you.

Sure, like men, there’s a component of looks involved in attraction for women. But a guy’s s confidence makes a huge difference to her.

Confidence is the action you take before you know whether she’s attracted to you. It’s expecting her to like you before you talk to her.

Next time you’re out, and you see a cute girl look in your general vicinity, or you start interacting with a girl and can’t tell whether she likes you, you may find you’re asking yourself, “Is she into me?”

She doesn’t clearly know the answer to that question. But you do.

And act from there.