Seven Ways to Get a Hold of Confidence 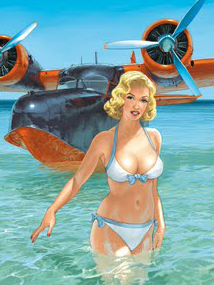 Confidence is a loaded word.

How many times have you read in a popular magazine that women are attracted to confidence?

The word has been thrown around so much that it’s lost all meaning.

That’s why you won’t see the word even once in my upcoming book.

Still, understanding the concept can go a long way in sifting through all the riff raff out there.

Here are seven definitions you can refer to when someone uses that word.

Confidence is the expectation of success.

At its root, confidence is not necessarily your likelihood of success in a given task, rather, it’s your your own expectation of success at that task.

For example, you may feel confident that since you studied for an exam, you’ll pass. You may or may not actually pass the exam.

Confidence–socially–is the expectation that people will like you before you talk with them.

If you believed that every single person you spoke with would be happy to speak with you, you would have all the confidence you need.

Problem is, you can’t simply decide to believe something. Your beliefs change with real-world experience.

Confidence is: I did it yesterday and I can do it again today.

Having done something consistently will give you confidence that you can do it again.

For example, every single day last week, you went out and gave one woman a compliment. You felt very nervous, but you did it every day.

So you are confident you can do it again today, even though you may feel nervous during the task itself. 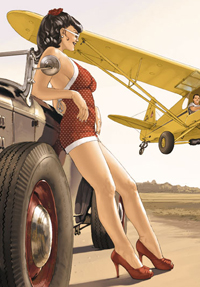 Confidence is a set of physical behaviors.

When someone says, “Just be confident,” they are usually referring to a set of evolutionary behaviors that demonstrate leadership.

The primary behavior is initiative-taking. The leader leads.

Secondary behaviors are associated with being the center of attention:

– Speaking louder
– Physical contact with others
– Taking up space
– Relaxed
– Not over-reacting to the actions of others
– Playfulness, etc.

Confidence is not worrying about the repercussions of your actions.

When you are “in the moment,” you’re not thinking about how your actions will be taken. You’re simply doing it.

Whatever environment you’re in, you feel that nothing bad will happen when you take action.

Confidence isn’t a lack of weakness. It is not caring about your weakness.

When an ugly guy feels confident, he doesn’t truly believe that he could win a beauty contest with Brad Pitt. He just doesn’t feel that his physical beauty affects him in social situations.

Confidence is being able to be yourself no matter who you’re with.

Whether you’re with a grandmother, a child, your boss at work, a random stranger or a gorgeous woman, your personality still comes out. You don’t change who you are based on who you’re with.