Psychologist Explains Why "Neg" Worked On Her 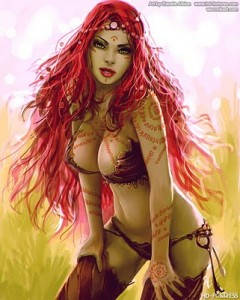 In my eternal exploration for things fun and entertaining, I went to a talk/group discussion that was being given by an evolutionary psychologist.

The topic was about what it means to be “cool.”

I was pleasantly surprised.

The woman giving the talk was a self-professed “urban ethologist” which, she said, is another name for an evolutionary psychologist.

While a bit too aqueous to get much concrete out of the discussion, we did talk about some interesting aspects of what it means to be “cool.”

The discussion at some point moved into talk about pickup artists.

Even within a group of 20 open-minded decently educated young people in New York City, there were a group of detractors and a group of supporters.

The detractors, as usual, put forth the flimsy argument of pickup artists objectifying women.

What was interesting to me though, is that the woman leading this seminar was very open-minded and cool about it.

She talked about her experience with getting “negged.”

A neg is typically when a guy says something negative to a girl without it coming off direclty as insulting to her, at least nothing she can put her finger on.

(paraphrased from what I can remember)

I was talking with a colleague–more of an acquaintance than a friend–and he negged me.

He said something about how my hair didn’t look good today.

We kept talking, but after he said that, I couldn’t focus as much and kept thinking about my hair.

Did it look bad? I wanted to fix it and ask him if it looked better now.

But the interesting part was that it made me look differently at him. I had previously seen him as unconfident and lacking in opinion.

After he did that I felt like he could definitely express his opinion.

It didn’t make me like him any more than I did, but it did make me feel differently.”

I’ve never been a big proponent of saying negative things to women, at least not without letting her know you’re joking.

But it is interesting the effect it had here.

She had previously experienced this guy as low-confidence.

And an important facet of that, a big indicator, was his inability to express his opinion. And so when he did, she saw that as confidence.

But it wasn’t just any opinion he expressed that made her see him as confident.

If his opinion had been a compliment or an agreement with her opinion, she would have been less likely to feel that was true opinion, whether it truly was his opinion or not. 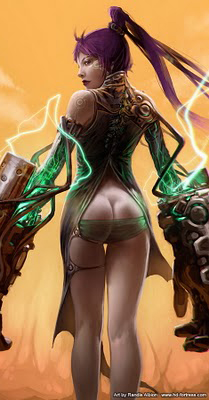 And to take this further, people with very low social confidence not only have trouble expressing their own opinions around others, but their opinions may not even occur to themselves, as they readily agree with more dominant people around them.

If I’m around someone extremely dominant, intimidating, or very high status and I’m asked my opinion, my feelings don’t come as readily and easily as if I were with someone less confident or shy.

Although, there is certainly the case where an outgoing person can bring that out of you.

So am I advocating “negs”?

I don’t think anything is off the table in terms of playing around with them.

But I think there are much more important and positive skills that could do almost the same thing.

One is banter. You can bust on her in a fun way that shows that you aren’t afraid to be yourself.

And, particularly if you find yourself “yessing” women a lot, you can make a point of disagreeing with her in some small way.