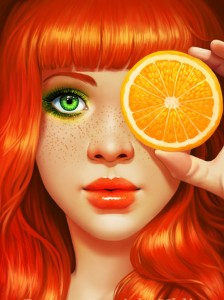 One of my close friends who himself is excellent with women, relays to me a story of seeing a natural in action.

I’m riding the subway. It’s rush hour and the train is packed with people.

I’m at one end of the subway train. She’s at the other end.

Everyone on the crowded train is staring at her because she’s gorgeous.

The next stop, this guy gets on the train. He’s a black guy, mid-twenties, decently dressed but nothing out of the ordinary.

He steps onto the train and stands next to me.

Then he spots the girl. Immediately when he sees her, he starts walking towards her.

And I’m thinking, oh my god, this guy is definitely going to open this girl. I know that look.

I get up and follow him to see what he’s going to do.

He walks up to her. He gets up right along side her and puts his hands up on the overhead bars so he’s standing next to her, not facing her.

He waits for her to look at him.

Because the train is virtually silent, everyone hears what happens next.

She looks at him. Right as she does this, he turns to her, looks her up and down, undressing her with his eyes and says

“You gotta be fucking kidding me.”

As soon as he says that, it’s over. She starts blushing. She’s totally into him. 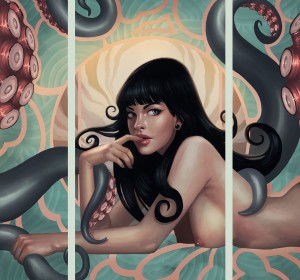 At first I didn’t understand what he meant when he said that. I thought maybe he was busting on her.

But she got it right away.

It was a sincere compliment, as if he was saying “You’re here? I can’t believe it. Look at you.”

It was like he was surprised to see her.

He didn’t need to explain what he meant by that. It was all understood immediately.

And then all he does is genuinely look at her with sex in his eyes, and really tries to get to know her.

Throughout the interaction, everyone is watching. Everyone is listening. The whole train is silent.

And he’s talking loud enough where everyone around him can hear every word he was saying.