Lies We Tell Ourselves in Bad Relationships 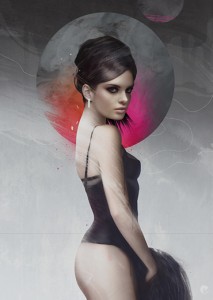 When you’re into a girl, everything in your life seems different. Colors seem more vivid.

Everything you do has a different purpose. Life seems more worth living.

It’s not surprising that Stanford researchers found that the feeling of being in love is extremely addictive.

The effects on the brain are almost indistinguishable from the most potent drugs like cocaine or heroin.

And if a girl is not giving you what you want, your life turns into a downward spiral, just like drug withdrawal.

You think about her a million times a day. You want her, at least emotionally, more than anything you can remember.

You know it’s not good for you, but pulling away is the hardest thing in the world. Everything outside of this feeling seems worthless in comparison.

And so we stay in, even if we have a pretty good idea that things aren’t going well. We lie to ourselves.

Here are the most common lies:

Lie #1: She’s having problems. This is probably one of the biggest lies.

A girl flakes on a date because she’s feeling sick. Or she drops out of contact for days or weeks because she’s “dealing with something.” 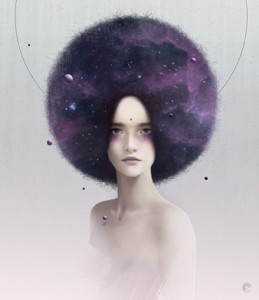 Is she telling the truth or is she lying?

The thing is: it doesn’t matter.

If a girl is pulling away from you, it’s your job to pull away from her.

It doesn’t matter if she tells you that she won’t be able to talk to you for a while because she’s getting surgery or if that was a lie and she’s just started seeing some new guy.

Your job isn’t to wade through the lies and the truth. Your job is to pull away when she does.

You’re not her therapist, her doctor, or even her best friend. Trying to get close to her when she’s pulling way–for whatever reason–is certain death.

Lie #2: She’s says she’s really into me. Women will say anything, particularly to your face. They will tell you all the things you want to hear.

The thing is, we keep people in our lives for all sorts of different reasons.

Maybe she just wanted someone until something better came along. Maybe she does have feelings for you, but not as deep as your feelings for her.

If she’s pulling away from you and not giving you what you want, you must ignore her words and instead look at her actions.

How is she treating you? How often does she take initiative to invite you out, to text and call you, to do nice things for you, to get to know you, to have sex with you, etc.

Her words are less than worthless. They are a smokescreen crafted to avoid confrontation.

Lie #3: I played too many games and that’s why this isn’t working. This is one of the biggest lies we tell ourselves.

Initially when you met her, you were standing on your own two feet. You were fun and flirty. You gave her space.

You pushed her away the right amount a guy should. You didn’t feel needy or express more interest than was appropriate.

But now that you’re losing her, you start to question that. Even though she’s pushing you away, you start to think that maybe if you pulled her in more, she would open herself up to you. 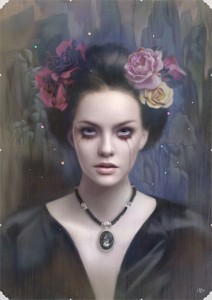 As you feel needy, you lie to yourself that maybe if you were nicer to her and acted more submissive, she’d come around more.

If you are feeding yourself with any of these classic lies, chances are, you are in a bad situation that’s draining your time, energy, and life force.

It’s time to seriously start focusing on other people. Pull away from her or end it altogether.

It’s painful to lose her but once you get over her, you’ll be able to really judge whether things were good.

You can always look back over the relationship and ask yourself how things truly were.

Do you really feel good when you’re with her? And do you feel good the majority of the time?

If you’re telling yourself these lies, chances are, the relationship is a bad thing.

Thought it wonuld’t to give it a shot. I was right.