Is She Dating Other Guys Besides You? 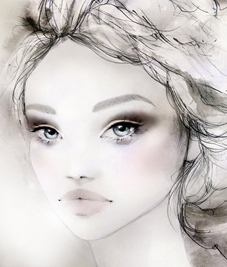 RK, a reader of ApproachAnxiety.com, asks:

Could you give some pointers about how to behave when she admits she’s dating someone else but obviously has an attraction for you. I’m regrettably facing this right now and don’t know if I should play along or show my irritation.

Regardless of what she tells you, you want to assume that there are other people in the equation and proceed as such. If she’s an attractive girl, there will always be some flotsam and jetsam in the vicinity, no matter how much she is into you.

A verbal commitment or even marriage is no way to guarantee that she will not hook up with other guys or–more importantly–that she will not lose attraction for you. You must continue to keep her interested at all times.

One of my basic tactics for relationship management is that I assume there are two other dating prospects for her in the picture. I talk about it here:

My basic assumption is that she is seeing two other guys who do not have any game. This basic assumption keeps me on my toes without making me jealous. I make sure I don’t stop being flirty, sexual and funÂÂ«Â¤?Â¡Ãˆor those other guys will move in. At the same time, I assume those other guys have zero game. I don’t need to play my game hard with this girl, but I can’t turn into a needy guy or else she’ll run to someone else.

When you assume this from the start, it makes it a lot less likely that if you hear about another guy, you will all of a sudden start to get jealous and insecure.

What to do if you do feel jealous

It’s almost always a bad sign when you have to ‘show your irritation.’ If you’re getting upset at something she’s doing, you need to ask yourself what you did wrong and what you could do differently next time.

Maybe she’s nagging you and it’s pissing you off. What could do to cut off that behavior from the start, without getting upset? 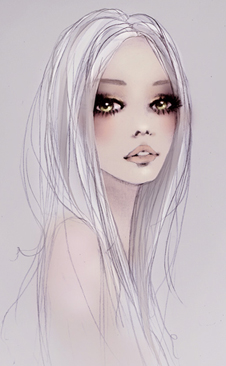 Maybe you got needy or showed too much concern about other guys in the picture. Maybe you pushed the relationship forward too fast and made her feel crowded instead of letting her come to you. Maybe you let her take the lead once too often. Maybe you didn’t tease her enough or weren’t sexual enough and she got bored.

These are the root causes for women cheating. It’s rare for a woman to cheat when she’s in a happy, contented relationship with a dominant guy whom she feels attracted to.

Guys can also make themselves jealous in relationships without any cause. It can come from insecurity. Or sometimes it can come from simple curiosity.

You see her texting on the phone and you wonder, is she texting a guy? Maybe you don’t care too much but you are simply curious. So you’re tempted to look at her phone when she’s not in the room.

A while ago I was dating a girl and stumbled onto her online dating profile. I was very tempted to check how often she logged on and other things. But I didn’t. Even taking one step in that direction is suicide.

I’ve been down that road before and it’s deadly. It’s like the dark side of the force: once you go down that road, it is near impossible to turn back. It leads to more checking.

You start wondering who she’s seeing, who she’s hanging out with. You become needy and try to account for her time. Who was she with?

She mentions a guy at work and so you interrogate her about it. Who is he?

There’s no way you can account for all the time a girl spends away from you. Even if you could, she could still find some way to meet with a lover without you knowing if she wanted.

It’s an endless chase down the rabbit hole. Your mind creates imaginary possibilities.

The worst part is that it can be a self-fulfilling prophecy. She sees your insecurity and starts to lose attraction for you. Or she feels crowded by your jealousy, and so she does cheat on you.

Or she uses your expressions of weakness and jealousy as a wedge to get what she wants from you before leaving you.

What to do instead of getting jealous 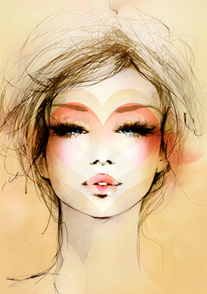 Instead, when you are tempted to check her phone or interrogate her about every minute she spent away from you, think about how she is when she’s with you.

If she is 100% focused on you, then things are generally fine. Yes, she could be cheating on you or she could be dating other people, but you generally don’t have too much to worry about when a girl is 100% into you.

Some indicators of whether she’s 100% into you:

Even a verbal promise of exclusivity is a worthless indicator compared to how she acts around you. What she says with her words do not in any way necessarily correspond to her actions. Often times they are a smoke screen. Her words can almost always be safely ignored in lieu of her actions.

How do you pull her in if she’s not 100% focused on you? You can start with some of these articles.

Advanced Tactics to Turn Back the Tide

How to Handle Her Bad Behavior

When You Think About Her Too Much

No doubt there are people out there who can happily see more than two people at once. But once you start to see each other regularly (more than once a week) and text or talk on a daily basis, other people generally fall to the wayside in one way or another.

Now, this doesn’t mean you should be completely blind to signs of other guys on the horizon. Maybe she talks about hanging out with other guys but is really into you when she sees you. That can be a problem too.

You just explained my girl to a T!

This is excellent, lucid advice for how to advance your relationship past obstacles without getting in your own way.

After she commented about staying on match until her subscription was up my head started spinning. Suspicious jealousy set in for no reason and i began to question a couple things that i should not have which ended things immediately. In a committed relationship I’m not the jealous type, but i guess that uncertainty that i was exposed to even though she gave no reason for me to think we were not good and moving forward got the best of me. Wish i could get her to understand that!

Woman do this. They test you. Want to see if you’re a man. Tell you other guys want them, talk to them. They want you to take charge, tell them to lose the other guys, that you want them, and you’re all they need. If they’re hiding it you’re fucked. Time to fire up the ole dating profile.

This is dumb advise. Make sure you keep a rotation going guys. Banging 3 chicks.. She’s not a celebrity and quit acting she is…shit. Abundance mindset. Dump her or use her for straight pussy.