How To Not Be Creepy 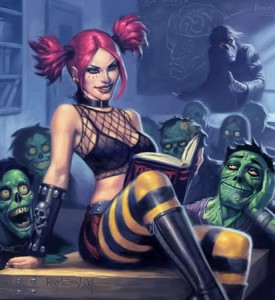 I’m walking through the farmer’s market in Union Square Park with my student. It’s packed with people.

He’s practicing initiating interactions by simply asking for an opinion.

He spots a cute girl with her friend moving along the crowded walkway.

He walks up next to her, leans in and, while walking, asks, “Excuse me, miss, do you know if there’s a good sushi restaurant around here?”

She’s immediately creeped out. “No,” she says tersely and turns her back to him. Her and her friends give each other a ‘look’ as they scramble away.

He comes back over to me, visibly shaken. He seems lost in thought. He’s creeped her out and, in turn, I can tell he feels terrible.

I know the feeling. I’ve been there plenty of times myself.

While both men and women experience all forms of social emotions–rejection, embarrassment, anxiety, etc.–to be “creeped out” is an experience almost solely reserved for women.

It’s rare for a guy to get creeped out. Yet, it’s highly likely every guy reading this has had the unfortunate experience of creeping a girl out.

Or maybe you experienced being with a woman friend and a guy creeps her out.

When a woman gets creeped out, she’s reacting viscerally and emotionally.

To be creeped out implies that in some way, the girl felt not only disinterested in the guy, but experienced some level of invasiveness.

Women tend to react harshly and strongly when they feel their boundaries are overstepped.

And they tend to experience this far more than men because men tend to be more aggressive than women.

In addition, women generally feel less physically equipped to deal with a possible threat because women on average are physically weaker than men.

It’s not a good feeling when you inadvertently creep out a girl.

So of course, as a guy, it seems important to know: how can I not be creepy? What can I do to avoid creeping girls out?

We could talk about the basics of not being creepy. 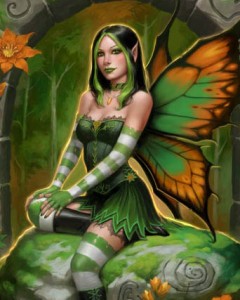 However, there’s something deeper going on here.

Often times, trying to not be creepy could be the worst thing for your game.

How is that possible?

When I was in college, I was best friends with an extremely attractive girl. She would inevitably get hit on by guys and talk to me about it afterward.

One Saturday we were out at a club and she got hit on by a guy. He basically walked up to her and started talking to her. She liked him and later swooned about this guy.

“Oh my god, that guy was so cool!” she said to me as we walked out of the bar.

The next weekend, the same exact thing happened. A guy came up to her and talked to her.

But this guy managed to creep her out.

“Ewwww! That guy was totally creepy!” she said as we walked out of the bar. “Let’s get out of here!”

I didn’t really understand the difference.

I pointed out to her the ill logic of her duality. But of course, it didn’t change a thing.

Me, I was just glad I wasn’t the creepy guy.

I didn’t want to be that guy, the one that women talk about amongst their friends as creepy, the one they socially outcast for having been too sexual.

When I would hang out with my hot girlfriend, I would never make the move, not on her or on other women.

Playing it safe didn’t get me anywhere, but it was somehow comforting to me that I wasn’t that guy. I’m not the asshole. I’m a nice guy.

Every societal message around me encouraged me NOT to take action. Every message piled on the shame of being sexual around women.

I could tell you exactly what you shouldn’t do around women. I could list ten things off the top of my head.

But if asked, there would be no way I could tell you what you should do around women.

When you take initiative with women, it is impossible to be successful 100% of the time. If you are putting yourself out there, you will inevitably face some rejection.

And you will inevitably creep some women out. 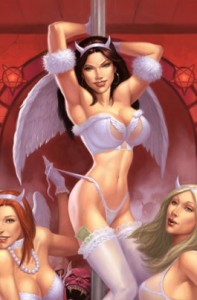 You are learning, with your body, what the “rules” are. And when you do break the “rules,” you feel shame.

Shame is that terrible feeling that you did something wrong. That you were inappropriate in some way.

Talk to any woman, and she will lay out the “rules” for you. She will tell you how not to be creepy.

Don’t be too sexually aggressive. Don’t get sexual too soon. Don’t treat her like a sex object.

Great rules. But for every rule, there is an instance where a guy who’s really good with women has broken those rules.

He not only broke those rules, but the fact that those rules are there in the first place allows him to win the affections of a woman by breaking the rules.

The fact that we have taboos and things we should or shouldn’t do actually makes it so much more sexual and interesting for a girl when she meets a guy who knows how to break those rules.

A guy who’s great with women is someone who does the wrong thing at the right time.

When you escalate an interaction with women, you will inevitably overstep some boundaries. There’s no way around it.

A guy who’s great with women has made enough mistakes to know the right time to do the wrong thing.

I was in a conversation with an insightful and very beautiful girl and we were talking about guys who are afraid to make the move.

“After it’s established that he’s respectful of me as a person,” she said, “then I want him to be totally disrespectful and hit on me.”

Guys who are shy or have a lot of social anxiety too often ask the question “How do I not be creepy?”

To even ask that question implies they are far too susceptible to the shame of being creepy.

Their fear of being that guy, is, ironically, the main thing keeping them from showing confidence and learning how to be better with women.

When your main aim is to do everything ‘appropriate’–kiss her at the end of the date when it’s appropriate, not tease her for fear of turning her off, only have a conversation with a girl at a speed dating event instead of at the supermarket–you want to ask yourself whether this inclination is serving you.