How to Get HER Chasing YOU 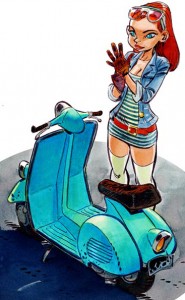 The best guys out there know something that other guys don’t know.

There are a lot of important components to getting great with women, but one important concept, particularly when it comes to very attractive women, is qualification.

As I’ve talked about before, your over-all goal in your interaction with a woman is to show genuine appreciation. If she feels like you saw something in her that no one else could, then she will feel differently about you than every other guy in the world.

And when I say genuine appreciation, it usually means appreciation of something she’s shared with you. Maybe she’s passionate about painting and you can say “Wow, I really like that. You’re passionate. That’s important.”

The problem is, most women won’t just come out and display their innermost important qualities–and they won’t display it to just anyone. There needs to be attraction there first.

You start interacting with her and, ideally, she is attracted to you. Part of this is that you simply took the initiative–took the lead–to come up to her and talk to her. Another part of this may be that you are fun and flirty, you show confidence and personality, you have confident body language, you touch her in the right way, etc.

You show your attractive qualities–which happens very quickly. You can tell she’s attracted if she’s smiling or intently focused on you.

Then it’s time to appreciate her.

If she starts opening up, then that’s great. You can begin emotionally connecting her without challenging her in any way.

But with extremely attractive women, what sometimes happens is that you walk up to her, you show some attractive qualities, and then she does reveal something about herself, but it’s not enough.

Maybe she thinks you’re confident and cool, so she’ll give you a moment. You ask her what she does and she gives you one-word answers.

It’s not usually that she’s shy, it’s often that there just isn’t enough attraction there.

Yes, you were attractive when you came up to her. And therefore she’s giving you a minute. But this girl is very attractive. And she gets guys talking to her all the time. So she’s not going to display her inner most beauty to you right away. She wants to see what else you’ve got.

Most guys make the mistake of trying to impress her. They talk about how awesome their life is or try to build themselves up in some way to her.

The problem with this is that you are always fighting a losing battle. Always. No matter how cool you appear to her, the overall tone of the interaction is that of you trying to impress her. That means she is the decider. It is still her deciding whether you are good enough for her.

And so even if she does decide you are good enough, you still need to continue to impress her for as long as you know her.

It’s like you are going to a job interview. You may be extremely qualified for the job, but she’s still the boss interviewing you.

A guy who is great with women knows how to flip this around so that it’s him deciding if she’s good enough for him. It’s called qualification.

Qualification is huge. This is how you get her to try to win your approval. In a certain sense, this is at the heart of all game. Instead of you trying to impress her and win her over, she is trying to win you over.

Qualification is a tool that allows you to amp up the interaction to make you more of a challenge.

If there is no attraction or rapport there in the first place, qualification doesn’t work.

Qualification is not in itself a way to attract her or connect with her.

Qualification is based on the fact that she has already invested something in you, no matter how small.

You are baiting her to display more of herself by building on what she has already displayed.

One of the reasons that qualification is such a difficult concept for people to grasp is that you can’t really use a “line” for qualification. There’s a line that people use to try and qualify:

“So you’re beautiful, but what do you have going for you beyond your beauty?”

This line, in my opinion, is not only useless, but it’s not truly qualifying.

This is because the original aspect of her being beautiful was not something she displayed to you based on attraction. She is beautiful to everyone. 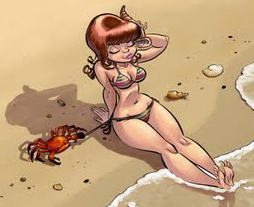 But let’s suppose you found out, from talking to her, that she’s a lawyer. This is something that she has revealed to you in conversation. And she revealed that because there was some attraction in the first place.

You could go up to a random woman on the street and say “What do you do for a living?” If there is no attraction there at all, she won’t tell you. She won’t stand there and talk to you.

But if you approached her and she stays and talks to you, you can assume there’s some attraction there.

If she’s going to stay there and talk to you she’ll usually reveal something about herself no matter how begrudgingly she does it or how small it is.

But there may not be enough to get into really deep rapport, particularly if she’s gorgeous and a lot of men approach her.

So let’s say she reveals to you that she’s a lawyer but isn’t giving you much else.

This is where qualification starts to become important. You take what she revealed to you, validate her, and then throw out a qualifying question.

One of my favorite ways to do this is to think about what she’s given you (she said she’s a lawyer), tell her what you think is cool about it, and then think about in your mind what is generally considered bad about lawyers.

Maybe lawyers are too uptight and don’t know how to have fun.

So you validate what she’s given you, then throw back a qualifying question:

“Oh cool, you’re a lawyer? Wow, that takes dedication. But wait, you’re not one of those girls who doesn’t know how to have fun, are you?” 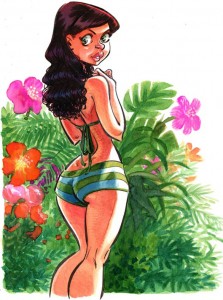 I’m using what she told me to come across as a challenge and further amp the interaction.

Ideally, she will bite and display herself even more. She may tell me that she likes to rock climb. Then I can validate her on that and possibly even qualify again or simply just go deeper with her into what she’s loves about rock climbing to build an emotional connection.

Qualification is a somewhat advanced technique. You must first learn how to

2) Truly emotionally connect with her. If she’s sensing you don’t know how to appreciate what she’s already given you, then she won’t display herself any further no matter how challenging you come across.

Qualification is one of the most important aspects of getting great with women. But once in place, it starts to make all your interactions a lot easier.

One of the great things about starting to qualify women is that after a while they can hear it in your voice tone. After a while, you give off a vibe that you are checking to see if she’s good enough for you. She feels like you’re trying to find out if she qualifies to be with you.

When you get good at qualifying, you no longer think about impressing her. You are no longer struggling and struggling to pour on more attraction by displaying yourself. Instead, you’re challenging her to display herself.

And she wants that! She wants to feel that if she were slightly less cool than she was, you wouldn’t be with her.

That makes her feel like she’s living up to her fullest potential. That’s exciting for her.