How to Get Her to Be Your Girlfriend 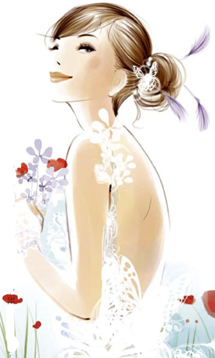 In a previous post, I talked about why you should start all relationships as casual relationships, whether you think you might want to make her your girlfriend or not.

But once you are in a casual relationship, seeing her every once in a while, how do you make it more serious?

Firstly, let’s talk about how not to do this. One of the worst ways to do this is to have a “talk” with her, to sit her down and say “I’d like to be in an exclusive relationship.”

This puts you in a bad position if she does say yes, and worse, it could easily make her feel crowded. If you have no options left on the table, then this may be something worth doing.

But there are a lot of better options.

Ideally, you want to see if you can get her to bring up wanting an exclusive relationship with you.

This puts you in a much better position and makes it more likely the relationship will be stable.

The thing is, you can’t logically convince her to want to be in a casual relationship. That ends up just making her feel crowded.

You want to move the relationship forward in a way that gets her to emotionally yearn for a more serious relationship.

So how do you get her to want to be in a relationship if she currently isn’t chomping at the bit to be exclusive with you?

Here are some steps you can take.

1. See her more often. This is the best and most natural way to transition from that initial casual relationship into a more serious one.

When two people like each other, they just naturally start to spend more time together.

Conversely, if you want to keep things casual with a girl, the main thing you need to do is not see her as often. Once you start to see each other more than once a week, you start to have feelings for each other.

As one of my mentors, Lance Mason said, even if you both agree that it’s casual, if you’re seeing each other more than once a week, you’re in love. Those chemicals start to activate.

If you are seeing each more often, like 2 or 3 times a week, you are in a serious relationship.

If she hasn’t brought up the prospect of making the relationship exclusive, it’s time to move on to step 2.

You can have a casual relationship that’s mostly sexual based. But if you want to make it more serious, you’re going to want to have some common interests or activities.

If she won’t see you more often, it’s still possible to move on to step step 2.

You can say something like “I’m not really into seeing a lot of women at once right now in my life.” You’re letting her know that you want a more serious relationship without putting the pressure on her to say yes or no.

If she still doesn’t get the hint, chances are that she doesn’t emotionally yearn to be in an exclusive relationship with you.

All is not lost yet. There are still steps you can take.

It won’t help to argue with her or try to logically convince her to be exclusive with you, that will only backfire.

The main way to “convince” her of being exclusive with you is to show her the possibility of losing you.

3. Triangulate. When you’re with her, you can flirt with other women and try to get the interest of other women. You want to do this very subtly though. You’re are not trying to make her jealous, per se. You are merely showing her that you are a desirable catch. 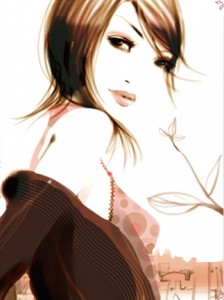 By flirting with other women when you’re out, you’re demonstrating to her that you’re desirable. In a lot of ways you should be doing this anyway. You should be confident and friendly with everyone around you. Start up conversations with the waitress, bartender, or cab driver.

You can also talk about other women in your life who want to date you. But you want to come across as them not really being a threat. “This girl at work is always hitting on me. It’s kinda lame because I’m not into her.” You really don’t want to make her jealous, but you want to make it clear that if she doesn’t snatch you up, someone else will.

4. Pull Away. Once you’re seeing each other more regularly and talking regularly, you can also start to pull away a bit. You’re basically using a few of the tactics in this article Advanced Tactics to Turn Back the Tide.

You want to be judicious with how much you use this stuff, a little goes a long way. And be very careful not to use the same tactic more than once or twice, because she’ll catch on pretty quick.

Once she gets used to you being there, if you start to pull away a little, she will notice.

The main idea behind all of these tactics is that you are communicating to her that you are willing to walk away from the casual relationship if you don’t get what you want: a more serious relationship.

And you may or may not get what you want. But chances are when you show your independence, she’ll be even more into you.