How to be a True Alpha Male 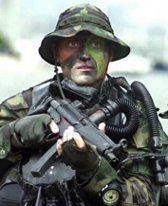 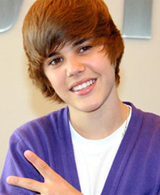 Pop quiz. Who is more of an alpha male?

The answer may surprise you.

People throw around the phrase alpha male, but there is a lot of misconception about what an alpha male actually is.

To say alpha male tends to conjure up images of high school football players bullying other kids in the class.

Or muscle-head jocks in Tap-Out shirts getting into fights outside bars.

That’s actually not the alpha male.

The alpha is the individual at the top of the social hierarchy.

Most animals are social in some way. They form hierarchies in order to stay together as a group.

In most social animals, the hierarchy is based on threat.

In wolves, for example, the toughest wolf is at the top of the hierarchy. The alpha wolf is the wolf that can win in a fight with all the other wolves.

The human equivalent of the most physically dominating individual might be the commando.

But this commando, who can kill a man in a hundred different ways, is actually not as high on the human social hierarchy as Justin Bieber.

Think about it. Who has more attention, more access to resources, more wealth, and more mating opportunities?

This is because as human beings, our status is not based primarily on threat and fear.

In Depression: the Evolution of Powerlessness, Paul Gilbert writes

Attention structure is a crucial idea for understanding subsequent phylogenetic changes to human ranking and networking behavior. Surely one of the most important changes that has taken place in human ranking behavior is the shift from asymmetries derived from power and threat to asymmetries of attractiveness.

In our contests of beauty (note that we use the term beauty contests), in our examination rooms and in sports, in our art and literature, and in our race to win Nobel Prizes, to be recognized and valued by others, what is being competed for here is positive attention, admiration, and prestige. That is, there is a desire to express ourselves with the aim of gaining recognition of having made a positive contribution and/or of having talents/attributes; that is, we are valued. We have institutionalized this by setting up various arenas that allow people to show us what they can do.

This means that the true alphas in our society are Nobel Prize winners, successful entertainers and artists, wealthy businessmen, and politicians whom we elect based on their ability to contribute meaningfully and lead others.

While most of us aren’t rich or famous, understanding human hierarchy can inform our interpersonal skills in a valuable way.

We can look at three levels of confidence.

Omega. The least confident. Think of a nerdy guy with no friends who stays home all the time alone on his computer.

Betas. They have a dominance that omegas lack, but not as much attraction as alphas. An example might be a dumb, angry police officer.

Alphas. They have a dominance and also a way of getting people to like them or value them. An example might be a well-liked boss or business owner.

Some traits of the human alpha:

The alpha is a leader. He has some way of getting people to like him or to follow him. He usually does this through attraction rather than threat.

The alpha has a way of making people feel good about themselves. Or he can offer something that people find valuable.

The alpha is generally not submissive. Think of the way a friendly parent talks with a child or younger person, rather than how a child addresses a parent.

Let’s look at a number of different real-world examples of how an alpha, beta and omega would act.

His roommate is a slob and it’s a problem.

Alpha: Compliments his roommate first and asks how they could work together to keep the place neater.

His body language while standing.

Beta: He stands confident, ready to fight. His feet are shoulder-width apart. He is symmetrical, like he’s pissing in a urinal. He’s like a gunfighter about to draw his guns.

Alpha: His legs are spread and he’s taking up room, but he’s asymmetrical with open body language. (See the Statue of David). He’s relaxed rather than self-protective. After all, what does he have to worry about? Everyone likes him.

Someone makes fun of him. “That’s shirt is so gay!”

Beta: Gets angry or makes fun of the person back. “Fuck you, you homo! Your shoes are even gayer!”

Alpha: Agrees and amplifies. “I know, right? It’s the gayest shirt I could find. I asked but they said they didn’t have anything gayer in stock, so I went with this one.”

He calls up his bank to have an erroneous charge removed.

Omega: Asks demurely to have it removed

Beta: Demands that it be removed or “heads are gonna roll!”

Alpha: Chats up the person on the phone in a friendly manner, wins them over and then talks about the charge.

He’s walking through a club with his girl and some guy grabs her ass.

Omega: Doesn’t do anything.

This last one was a trick question. One of the traits of the alpha is that he can dominate and be aggressive in certain situations.

It does not mean he never gets angry, it means he’s slow to anger.

A lot of guys try to make the transition from omega to alpha. They do it by trying to be as friendly as possible. The problem is that they can’t assert dominance when they need to.

This dominance does not need to be physical dominance in a fight, but means a willingness to be confrontational if the situation calls for it.

I’ve talked before about gaining that 10% dominance. For some nice guys, that can make all the difference.

If you can’t assert yourself when challenged, then making people feel good about themselves will prove to be a futile effort.

There are two main points to take away from this in terms of being the alpha through interpersonal behavior.

The omega operates from a strategy of submissiveness. He thinks that if he can act low enough, people will like him, or at least won’t harm him.

This leaves him trapped at the bottom of the hierarchy. By not being submissive, you are no longer the omega.

2) Make people feel good about themselves.

It’s one thing to stop being a niceguy/doormat/pushover and be able to assert your confidence.

But this is only half the equation.

A true alpha knows how to make people feel good about themselves. He wins them over rather than just asserting himself.