Use Leverage to Amplify Attraction 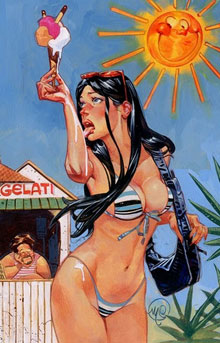 Most guys look at their success with women as a one-to-one ratio.

It’s a simple one-to-one equation for them.

But guys who are great with women know how to use leverage.

Archimedes famously said, “Give me a lever long enough and I’ll move the world.”

With a long beam and a fulcrum, you can move something multiple times heavier than you’d be able to move without.

That’s the definition of leverage.

When it comes to doing well with women, the same applies.

The way you use leverage is to take what’s been given to you and use it for multiple times what it would normally be worth.

In this way, a guy can capitalize on a tiny bit of interest–or a tiny opening–and make things happen.

Here are a few ways to do this.

You start talking with a woman. She’s receptive at first. And you get into a mild conversation. But you find yourself talking about mundane topics.

Most guys would be happy to just be in a conversation with a woman, so they stay on track. They keep going in the same boring direction.

But a guy who’s good knows how to leverage this small bit of interest she’s given him.

I’ll sometimes even get a girl to talk about something boring on purpose. I’ll find out where she’s from and then mention New York winters. 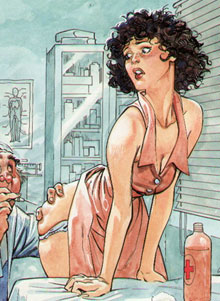 She starts to say something about the weather and then I cut her off.

“–alright! This is boring conversation. Let’s talk about something more interesting. The first boy you ever kissed, tell me the story.”

Lee does this too. If a girl asks him a boring question, he’ll cut her off with “Bzzzt! Conversation filler! New topic: have you ever kissed a girl?”

Of course, he’s ready with a story of his own when she throws the question back to him.

This is also known as ‘breaking rapport.’

Glenn will do something similar in sending text messages to a girl. If she asks a boring question, he’ll send zzzz’s as if he’s falling asleep.

Validate her rather than talk up commonalities

Most guys will look for commonalities when talking with a girl. He finds out she skis. “I like to ski too!” he’ll say.

Over and over he does this, trying to show her that he’s just like her.

But the more he does this, the more he’s sending her a message: I’m trying to win you over.

This is so boring for her.

Instead, you want to validate her as if she just won your interest. You can give her a hug and say, “Yes! That’s awesome. Hug. A girl that likes to ski.”

Chances are she’ll ask you if you ski, and then you can share it. But instead of showing her how much you’re like her, you want to validate her.

And then take it away.

Once you validate her, in the next sentence, you can take it away.

A girl tells me she’s into electronic music. I validate her. “Yes! I knew there was more to you than your looks. That’s awesome!”

Later, she tells me she’s also into folk music.

“Oh, you were doing so well. And then you had to bring that up.” I say it playfully, but still turn away from her a little as if she’s losing my interest. 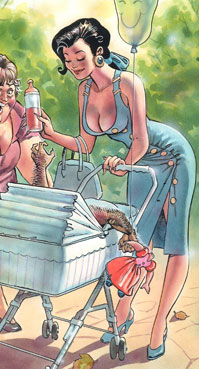 This is also known as push/pull. It keeps her trying to win your interest. That’s fun for her. All of a sudden you’re a challenge.

Call out when she brings up commonalities

I’ll bust on her. “Are you really into electronic music or are you just saying that because I said it?”

Again, in calling this out, the underlying communication here is that she is trying to win me over.

I took something that she did–displayed some commonalities–and I leveraged it into so much more.

It can sometimes seem like a gorgeous woman is so far out of your league. It seems almost impossible for you to get enough attraction to get that girl to like you.

In this way, you start to see how no woman is out of your league.

You don’t need a lot of attraction at first. Just a little. And use leverage from there.