"I think you like me" (listen to the audio free!) 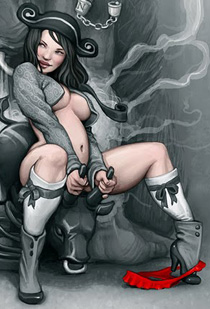 In my new program, the She’s Six Steps Away, I give guys the basics from the ground up to start conversations with women no matter how much anxiety they have.

Since it can sometimes be difficult for guys to understand what goes on in interactions from start to finish, I included a number of audio recordings of me in interactions with women.

It’s one thing to write about those sexy, tense moments (like below).

But what goes on in the entire interaction? How does it work from start to finish?

Today I’m giving away a free sample of one of those interactions. You can listen to it at the end of this post.

I was out on my daily walk, Step 1 in the Six Step Method.

I’m near Grand Central Station and I see an amazingly cute girl standing outside smoking a cigarette.

She’s wearing dorky glasses with tight jeans. She has a really cute body.

With no hesitation, I walk over to her. I stop and stand next to her. I’m looking at my phone.

“Hey,” I say turning to her. “Do you know if there’s a place around here to get on the internet?” I ask.

“Internet. ” she thinks about it. “There’s a little cafe’ right when you walk in. They might have wifi.”

“Do you know if they print stuff up? I’m going to a gallery opening and I need to print up a list of things to bring.”

“I doubt. they would do it here.. You probably have to go to a library or something.”

“Yeah?” I ask. “Do you know where libraries are? You’ve got the glasses on. I figure maybe you know.” 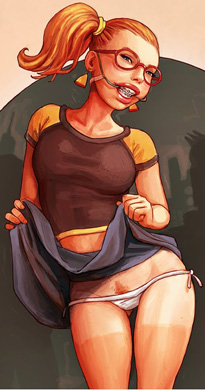 “Where are you visiting from?”

“Jersey! Wow! That was a long journey.” I say making fun of her. It’s only a half hour by train. “How did you survive the journey?”

“Well I’ve got the Nook,” she says referring to her e-reader.

“I’ve got the Kindle. Is that Nook good?”

We talk a bit more about where I’m from and where she’s from.

I tell her I’m going to the pharmacy. She says she wants to go with me to pick up cigarettes, even though she previously stated she wouldn’t buy cigarettes in the city because they’re too expensive.

We walk together through the train station.

I move the conversation deeper.

“I wish,” she says. “Go to school. I got to school for social sciences. I eventually want to switch over to anthropology. I want to go to countries and villages where no one can get in touch with me because I don’t like people.”

We talk some more about anthropology and behaviorism.

“Are you close with your family?” I ask her.

“Because I recently read this study,” I say, “that women who are closer to their parents are more likely to orgasm during sex.” (Thanks to Lee for this one!) 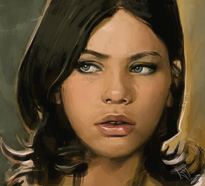 “Really??” She says. “Actually, that makes sense. I’m not gonna lie to you. Because when you’re really close with your parents you don’t feel weird talking about sexual stuff. So when you go to have sex, you haven’t been raised to think of it as this huge big deal.”

“It doesn’t feel like you’re doing something wrong,” she adds.

“But sometimes…” I say, “that can be good, feeling like you’re doing something wrong.”

“And I feel like you do a lot of things wrong.” I say.

Listen to the full interaction here.

Getting Sexual at Grand Central Station

Get your copy of She’s Six Steps Away Now, with over 3 hours of in-field demonstrations like the one above, as well as 7 hours of guru interviews.

When you buy, you can download all the interactions and guru interviews as mp3’s so you can listen on your ipod or mp3 player.