Cupid's Arrow Misses Me Many Times a Day 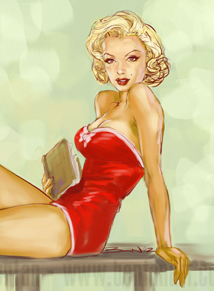 I’m walking along the subway platform on my daily outing.

I stop next to a girl.

As I turn to her and ask her a question, I realize how cute she is, much cuter than I initially thought.

“Does this go to 59th Street?” I ask her. I’m just warming up, asking different women basic questions.

“I think so…” she says with hesitation. “I think you want to take the F… ”

“You don’t sound so sure…” I say. She starts laughing. Girls love it when you point something out about them.

“I know it goes to 57th,” she says smiling. I can see her thinking about it.

A train pulls into the station on front of us.

“You’re not leading me astray, are you?” I say. She laughs again.

“It’s the last stop before it goes into Queens. Either way, you’re headed in the right direction if you take this train.” She points to the train in front of us.

But she’s not getting on that train, even though the doors have opened. If she did get on, I would get on with her.

I can’t tell if she’s waiting for a different train or this one. So I don’t want to get on the train in front of us.

“I need to go to Columbus circle,” I tell her.

“Oh, then you want to get on that one.” She points to a second train pulling into the station behind us.

I look at the second train pulling in behind us. She’s still standing there. I don’t know which train she’s going to get on. It seems like she’s waiting for me.

So I slowly walk over and get on the second train she pointed out, the train behind us. She gets onto the first train that pulled in, the one opposite mine.

The trains pull out of the station and she’sÂ  gone forever.

That girl was into me! I think to myself with frustration.

Of course, looking back there were a number of things I could have done.

I could have just stayed there and talked to her. I could stood there until she got onto a train and gotten onto whatever train she got on and said, ‘I’m gonna ride this one for a while.’

But in that split second I made a decision. It happened to be the wrong one. 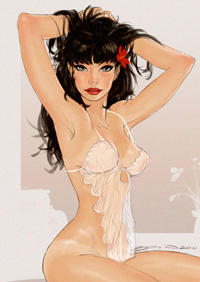 It’s not that big a deal. This happens to me at least once a day.

There will always be logistical difficulties and errors.

They say that you miss 100% of the shots that you don’t take. But when you start to get into more interactions with women, you realize that of the shots you do take, you’ll miss a lot also.

In many ways, it can be more frustrating when you miss those that come oh-so-close.

It’s like being thrown the ball in the big game. If you are the thrown the ball and you barely touch it with your fingers before dropping it, it’s more frustrating than if the ball was thrown somewhere you couldn’t touch it at all.

Dealing with these frustrations is one of the most important parts of getting better with women.

Real life is messy. It’s not neat and clean, like in the movies. There can be just as many frustrations when you’re successful.

The danger comes in when you start to mentally flog yourself over those missed connections. The danger is when you ruminate–start to think about the interactions over and over.

I still catch myself ruminating sometimes. But when I do, I remind myself of what’s important: I’m out there taking initiative. And these frustrations are the price I pay.

Every interaction makes me stronger regardless of whether I get the girl or not.

The key is doing it enough and doing it over and over so that after a while, I can’t do anything but laugh when something like this happens.

Every single day, more cute women walk out of my life than 99% of the guys out there.

Hell, I walk away from a ton of women because they’re not up to my standards.

After a while, you get used to it.

It’s all part of the game.