I Won't Date Pretty Girls Unless… 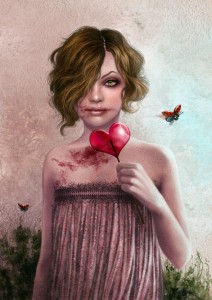 This brilliant article is from my good friend Lee, by far one of the best guys with women I know.

You walk out of a coffee shop onto a bright, sunny street.

That’s when you first see her.

She’s just standing there, your idealized image of a woman.

You’ve been dreaming about this girl for years. She is physically perfect.

But before you can do or say anything, the clouds part and the booming voice of God asks you the following question.

How long do you want to spend with her?

It seems simple enough. You could say a lifetime, a second, or anything in between, but the answer is binding.

Meaning, if you say five years, you’ll have to spend at least five years with her. You may try to spend more, but you can’t spend less.

I’ve asked hundreds of men this very same question. Their answers reveal a pattern that ultimately cuts right to the heart of what it means to be good with women.

What I’ve noticed about men who are good with women is that they are often puzzled by my thought experiment.

They may want to know–among other things–if a woman is funny, smart, kind, or honest.

Before they know, they are willing to commit a few minutes–or, at most, a few hours–to find out.

Men who are bad with women seldom ask these questions.

If a woman is beautiful enough, they are willing to commit to months, years, or even a lifetime with her.

There are two types of interest–emotional and sexual.

Men who have little experience with women often confuse the two.

Sexual interest is physical attraction. It’s what makes a man want to talk to woman, a complete stranger, in the first place.

Emotional interest is what gets a man to commit, possibly for a lifetime.

Until there is more information–until a man knows more about a woman’s character–he should not feel, and certainly should not express emotional interest. What he should express is sexual interest.

The effect of this misplaced emotional interest is disastrous.

First, it puts too much pressure on these men.

Imagine walking over to a person who you already believe has all of the qualities that you seek in a partner for life. 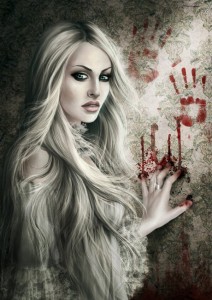 The weight of the world is on your shoulders! The consequences of failure can be life changing.

Can you be your best in the face of such pressure?

Can you be confident, funny, charming, smart, spontaneous, and engaging with so much at stake? Very likely not.

It’s not surprising that women would be good at this. It helps them quickly gauge the value of men.

And when they see signs of unearned emotional interest, they assume that the man standing before them is desperate.

In other words, men who feel premature emotional interest are virtually guaranteed to fail.

Men who are great with women have an entirely different experience. When they approach attractive women, little is at stake.

Women see these games as evidence that a man has high standards and conclude that he has a lot to offer.

If the benefits of suppressing emotional interest are so powerful, why do so many men fail to do this?

To see how bad ideas about romance have wormed their way into our culture, we can examine two very popular Hollywood story lines.

In the first story line, a man initially notices the inner beauty of a friend, and only later comes to appreciate her as a potential romantic partner.

He then begins to feel a sexual attraction.

Think about the un-reality of this scenario.

Is it ever the case that a man is somehow blind to the sexual beauty of a woman? Never.

We are programmed to notice. It is in the very apparatus of our cognition.

In real life, men first notice nothing but physical beauty, and only later come to appreciate the character of the woman who possesses it.

The second story line is just as unbelievable.

A man catches the eye of a beautiful woman–perhaps at a party or a public place–and when their eyes meet, we know–we absolutely know–that it will be love.

He begins to pursue her with the commitment of a man who is sure, and though he knows nothing about her, fate steps in to validate that commitment. 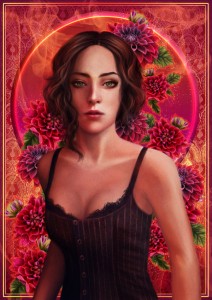 In movies, love at first sight is hardly ever wrong.

Think about this carefully.

Both scenarios have something in common.

This is how our culture is telling us it wants its men to behave–with immediate and intense emotional interest, and suppressed–or at least deferred–sexual interest.

But unearned emotional interest is objectification.

Our culture objectifies women, and expects its men to behave accordingly.

What can men do to overcome this cultural programming? They should refuse to play by the rules.

Here are three important ideas that all men should attempt to internalize.

1. No matter how hot she is, she may not be good enough for you.

Think about your detailed preferences for, among other things, clothes, video games, books, movies, art, and music.

Your taste in women should be that detailed as well. Physical beauty is just one dimension of those preferences.

Don’t be so quick to lower your standards. She should be kind, smart, funny, trustworthy, loving, supportive, interesting, and so much more.

Think of some deal breakers.

What if she hates kids? What if she’s rude to strangers?

Internalize the fact that it is hard for a person to be good enough for you.

Respect your deal breakers! Walk away if she fails.

2. Be honest. Respect the boundary between sexual and emotional interest.

You think she’s sexy and you may want to sleep with her, but until she shows you more, you don’t want to marry her or even make her your girlfriend.

Remind yourself that your interest is sexual. Flirt with her. Don’t be afraid to touch her.

Your sexual interest is healthy and she knows it. She respects your honesty.

At the beginning, the only time you should talk about your future together is if you’re kidding.

You have no future with her until you decide she’s good enough for you, a decision you will make after she has qualified herself to you and revealed enough positives.

Until then, you’re just flirting.

3. Play games that will create attraction and reveal her true character.

You’re unsure whether she is right for you. It’s appropriate to tease and qualify her as a means of discovering what she’s all about.

For example, I read a lot. When I meet women who are much younger, I like to smile and say something like, “When I was your age, the only novels I read were the ones assigned to me at school. Is that what you do?”

This is partly a tease, and partly a legitimate qualification.

I really want to know whether she loves books the way that I do and the best way for me to find out is to playfully accuse her of the opposite.

Compliment her less. Teasing and qualification create attraction, not compliments.

Basically, this only works if you’ve been with a few hot girls whom you dislike. Beginners, and even many intermediates, have simply never been with a hot girl, so they can’t even imagine disliking her.

And it’s not even about game competence: in my college years I was a “beginner” too in game, but hot girls kept throwing themselves at me, so I had a lot of experience with them. Most guys, on the other hand, simply will never have access to a girl they deem hot — a 9 or 10 for them — so I don’t see what articles like the above can do for them. They may be able to logically understand it, but next time they see that 9 or 10 they will still be ready to marry her on the spot if she will have them. And of course she won’t have them, not because of the desperation for hot girls that comes through in their behavior, as the author mistakenly implies, but simply because they are not good enough to have them, and nothing can be done about that aside from:

both of which things are anyway reserved for cool people, which the author’s readers probably aren’t otherwise they would have probably already had enough experience with hot girls to know that most of them are rubbish and insufferable, just like most people in general, whether male or female. And if you do at some point grow the balls to rape a hot girl, or suddenly become rich or famous, it won’t be that important to avoid seeming desperate for a hot girl, because you’ll probably be able to have her either way anyway (though in the non-rape scenarios it will of course help a bit, if you can do it).

In summa, this is an advanced game article. Less experienced gamers should also read it, but they won’t really be able to put it into practice until they’ve had enough experience with hot girls for it to start being a viable, practical mindset for them.

Even I don’t really put it into practice. Putting it into practice means ejecting from an interaction the moment I realize the girl has shitty character, regardless of how hot she is, but I am still not doing this. I am still sticking with the interaction for at least a little longer, just to see if I can easily bang her, or simply for extra practice dealing with hot girls. The problem is that there are so few 9s or 10s walking around that every interaction with them is valuable experience, no matter how bad or doomed it might be. Perhaps I could adopt that mindset in a talent-rich scenario like a major Swedish city, or perhaps London or New York, but I just don’t see it working even for someone as experienced with hot girls as I am in the vast majority of the planet.

So, great article, but:

1. Not really useful for anyone who is not advanced beyond a quick read to broaden their horizons,

2. Not really useful anywhere in the world except the most talent-rich of areas.