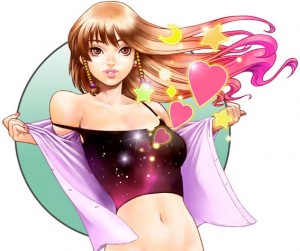 About five years ago, I took a workshop with a popular dating company. They ended up inviting me back as an assistant coach a few months later based on my written reports about the approaches I was doing. In the three months since I had seen them, I had gone out and done one approach every day. As I’ve talked about before, it was the toughest thing I’d ever done. And at the same time, there is nothing I’ve ever done that’s fundamentally changed my physical confidence more. I was relaxed and self-assured when I came back. There was a certain calmness in the way I moved.

At the workshops, they had women who would come in for a few hours and give feedback to guys. One of the women, a cute young hottie, had been there at my first workshop as a student. She was back again at that workshop. Without her knowing the situation at all, she commented to one of the coaches, “What happened to Eric? He got a lot better looking.” It was my body language, my physical confidence that she was noticing.

In an earlier post, You’re in Luck: Women Find Confidence Sexy, some commenters had question about the exact mechanism of how confidence is sexy for women. It’s easy to see how women are attracted to good looks and perhaps even rich guys, but confidence? How does that work? We can look at ethology (the study of animal behavior) and evolutionary psychology for some answers.

When it comes to sexual selection, women are under different pressures than men. For women, intercourse carries with it a much greater investment?nine months with the child. Due to differences in sexual investment, this not only makes women more choosy than men, but they have evolved to value different signs of “health” when it comes to sexual reproduction. And by value, I mean instinctually choose different things. 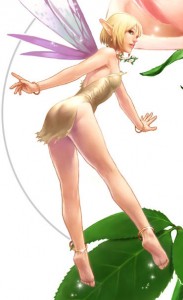 Both men and women value physical attractiveness as a sign of health. However, the behavior of monogamy has evolved as a strategy for sexual success of offspring. Again, by strategy we don’t mean conscious decision but an evolved, instinctual behavior. Women are more attracted to men who can “provide” for the child after it’s born. So women have an inclination to choose men who are wealthy.

The act of sexual intercourse is an extremely fast process in relation to the birth process. A decision to participate in an act that lasts minutes could lead to a nine month pregnancy plus years of child-rearing. It is not always obvious which man has the wealth. You can’t see his bank book. And for the vast majority of evolution, wealth and money did not even exist. What did exist was status. This comes down to who is the leader. The leader is the one who has access to the greatest resources and will have the most opportunities for mating, particularly for men.

For example, an older, physically unattractive world-famous male rock star may have millions of young, nubile women fawning over him from both afar and close-up. These women would be sexually aroused at the thought of meeting him. The same is not necessarily true for a female rock star. An older, physically unattractive female rock star would not have as many young, nubile men fawning over her from afar, sexually aroused at the thought of meeting her. She would still be valued for her music, but her status would not translate into sexual attraction as much as it would for a man. Not that her status wouldn’t translate at all. And if the guy were better looking it would help him. But the effect of status on sexual attractiveness is much greater for men than for women.

But you don’t need to become a world-famous rock star to display status and trigger attraction. This is because the evaluation of status is based on behavior rather than a logical decision-making process. 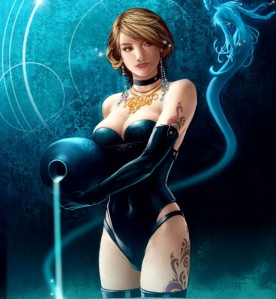 In less evolved animals like wolves, the highest-status wolf is the leader. The leader is always the one who is physically the toughest. He’s the one who would win in a fight. In social living, these creatures don’t always fight. In fact 99% of the time, animals in the same social group will never fight to the death. They have ways around actual fighting that involve posturing and sizing up your opponent. Things like eye contact will communicate whether you intend to fight or submit. Here we can see that communication of your strength, a.k.a. confidence, can be different than your actual strength. But if you’re a wolf, the two better be pretty similar or you’re going get yourself killed. There is an extremely high cost with faking confidence. If you stare down the wrong individual, you could get killed.

Humans–and chimpanzees as well–operate in a different type of social hierarchy than other primates and all lower life forms. Who is at the top of the hierarchy when it comes to humans? It’s actually not the toughest guy. Just because you can beat people up doesn’t mean that everyone will follow you. Human beings develop hierarchy based on contribution to society. Who is at the top of the human hierarchy? Nobel Prize winners. Rock stars. Artists. Thinkers. Architects. Athletes. Actors. Businessmen. These people contribute positively to society. Some dude that goes around threatening people won’t get very far at all. Humans works on an affiliative basis. You value friends when they contribute positively to your life. You don’t value people because they’re capable of physically harming people. The true alpha is not the football player from your high school who bullied other kids, it’s the guy who got everyone else to like him.

Humans and chimps have evolved past the hierarchy based on threat. But there are still remnants of it. There is still a part of us that responds to dominance and threat.

But for the course of human evolution, for the last few million years, there wasn’t a Nobel Prize committee. There wasn’t money to bestow on people. There wasn’t even government to vote the most beloved people into power. There were only bands of humans in social groups. These social groups could easily change from day to day. If you look at indigenous people and also chimpanzee, groups change a lot.

Let’s take a look at why we have these groups in the first place. Social living is beneficial to animals in many ways. They can acquire food together through hunting and gathering. They can protect each other from predators, both predators of different species and threats from other humans. And mating opportunities are much more abundant if you are living in close proximity. The behavior of social living evolved because it is extremely beneficial to species. 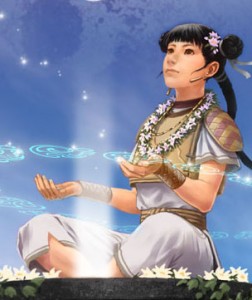 But there are problems with social living. The main problem with social living is the question of who is the leader. If you are going to live in a group, someone needs to be the leader. In humans, the leader of your group is chosen based on his contribution to society and his ability to lead. But the exact skill that was most valued was always changing. Maybe if there was an abundance of game, it would be hunting that was most valued. Maybe if you were near water, fishing would be valued. So it was difficult to tell who was the most valued at any given time. But the one thing that held constant was confidence.

Affiliative hierarchies develop a behavior known as a charismatic-dependent relationship. That is, when you get two or more people together, usually the most confident one becomes the leader and the less confident ones become the followers. This is beneficial for everyone involved. If someone comes to me for coaching, he’ll be the follower and I’ll be the leader. I know more about this stuff so he defers to me. That same guy may be a computer expert. If I go to him for help with my computer, all of a sudden he’s the confident one and I’m follower. What’s interesting about this dynamic is that the leader becomes even more confident and the follower even less confident. In other words, I may know something about computers, but he’s the expert, so I pretend I know very little and just let him take the lead. My tendency would not be to go in confidently trying to tell him everything I know.

His confidence is based on capability and numerous successes in that area. When I interact with him in person, there is also a physical behavioral component to his confidence. His behavior changes when he is “in his own domain” talking about what he knows best. His voice becomes louder. He speaks up more. He takes initiative. He takes charge. He will tell you how to solve your problem and may even tell you what to do. He becomes a bit uppity because everyone needs him. He is king of his own little world. With that comes a change in behavior.

And I respond to that behavior. 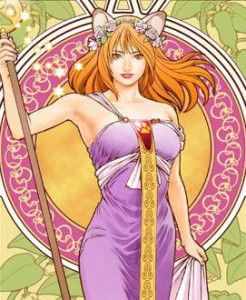 This response to confidence is a powerful, instinctual, evolved behavior. It is extremely beneficial for humans to work together in groups. The charismatic-dependent relationship evolved to allow us to work together in groups by providing a leader. If everyone felt equally confident, we wouldn’t feel like we need each other and we would be less likely to stay together. The fact that humans respond to confidence means that we will stay together in social groups. This is critical for our survival.

Humans are built to be highly responsive to indicators of confidence. It’s there for our survival. If you look at where our behavior evolved over the last ten million years, there was no such thing as money or wealth. Even the idea of possessions is relatively new. Chimpanzees have almost the exact same social structure as humans but none of them have possessions. They do, however, have a very evolved structure of hierarchy based on both behavior and physical capability.

When it comes to sexual reproduction, women are much more sensitive to these signals of confidence than men are because they have a much greater investment when they have sex. This is not a logical, decision-based evaluation she’s making, this is an instinctual, almost instantaneous evaluation of your confidence. It’s an emotional process, a behavior that has evolved to make sure her offspring are as successful as possible.

Everyone of us has the potential to be the follower or the leader. In almost any given situation you may find that you are the leader or the follower. Our brains are much more malleable than our bodies. This means you can become the leader with women. You can build your confidence with women. And she will have no choice but to respond to that.