Why Can't I Think of Anything to Say? 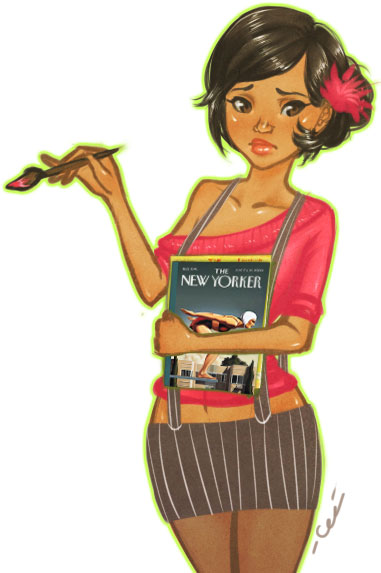 What about consistency? If I would be honest, my opinion would be changing every other day at least. As I get more info on the subject, my point of view and my feelings about it change, sometimes even quite radically. But wouldn’t being honest make me look like a little bit of a doubtful, insecure person?

My current solution to it is to shake it off and say something about how only the wise are brave enough to change their minds and stuff. But still, wouldn’t a little consistency in opinion be more positive than being honest?

I was in a band a few years ago. There were four other people in the band.

Two of them were very outgoing–funny, clever guys who had no problem talking to strangers in bars, etc.

The other two members–a girl and a guy–were extremely introverted. All of them were decent musicians and had played and written music on their own for years.

We would get together for jam sessions to write music and creatively collaborate. The outgoing guys would easily offer up suggestions (let’s play the song faster, let’s try something more melodic, etc.)

The two introverted people would offer up suggestions, but not as readily. In fact, when asked for their opinion, they hemmed and hawed and would say, “yeah??????? I don’t know???????”

The thing was, they were good musicians on their own and around each other, but when put in the presence of more dominant individuals, they had trouble expressing their opinions.

But it wasn’t even that they couldn’t express their opinions, they seemingly didn’t have opinions in the presence of these more dominant individuals.

Their opinions would come forth when they were alone and could think about it on their own. They were skilled and very creative individuals, but their brains were short-circuited in that environment.

I’ve noticed the same thing in myself. It’s rare now for me to be around a person who’s noticeably more dominant than me, but it happens once in a while.

The other day I was out shopping with a friend who’s very dominant. I was trying on boots and trying to figure out whether I liked them. In the presence of this dominant guy, my opinions didn’t come as readily. It was harder for me to make a decision.

If I had been with a client on the other hand, I would have been extremely confident and had no trouble figuring out what I want.

This is the kicker with inhibition. Not only does it keep you from doing and saying what you want to do, but it keeps you from thinking of what to say and do. It’s not just that you can’t say what you want in front of that cute girl, it’s that you don’t think of anything.

It’s not that you’re not smart and creative. You are. How many excuses does your brain come up with when you are thinking about approaching her? Probably a million. You are brilliant at that point.

And how about when you are halfway across town from that hottie? All of a sudden you think of something brilliant you could have said to her. It’s not that you’re slow, it’s that you were inhibited.

The way past inhibition is counter-intuitive. One would think that you would need to figure out how to come up with smart things to say or learn how to be funnier or learn more about the topics of conversations.

But look at the people in my band. They were already brilliant and creative musicians. For them to become better musicians wouldn’t have helped a lot. Maybe a little, but they would still feel low-confidence around more dominant people. 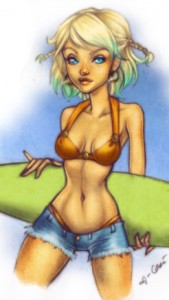 The way forward is to take more initiative, and allow yourself to say and do stupid things. Celebrate your idiotic comments and questions.

You putting pressure on yourself to say and do brilliant things just makes it that much harder for you to get the ball rolling.

Yes, the first time you speak up with your more dominant friend, your words will hang in the air like a bad fart on a first date. Everyone may get a little uncomfortable. That’s okay. Keep doing it (speaking up, not farting on first dates).

Eventually you teach your body that it’s okay to take initiative. You start to feel more comfortable taking initiative around this person, and around people in general.

That’s called confidence. But the only way to get there is to give yourself room to make mistakes.