What To Do When You Reach a Plateau 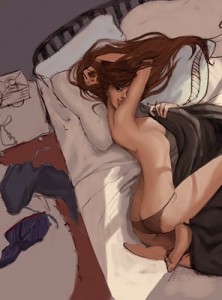 There’s a very familiar look on his face as we walk around in between approaches: frustration.

He’s been out for a while. He’s been in “the community” a long time. And he feels like he’s spinning his wheels.

You can tell he’s putting in the work. There’s no hesitation with him. He’s a former student of mine. And I’ve gotten him to the point where he has almost no approach anxiety.

He goes in and opens women, even gets them to smile most of the time. But he’s not getting enough of his interactions to “hook.”

He does get phone numbers, but most of those are flaking.

He’s hit a plateau in his game. It happens to all of us. You go out and work at it. And you get proficient at something. Maybe you get good at opening. But something is keeping you from getting to the next level.

And of course, there is major frustration. You’re putting in the time, but not getting the reward.

At this point, there are a number of things you can do.

Firstly what I like to recommend, is change up the scenery. Constantly going out to the same places over and over again–bookstores, supermarkets, coffee shops, etc.–can start to wear on you.

It’s good that you are getting out just for the sake of getting out, but there’s something to be said for going to places that interest you.

Go to some museums, gallery openings or some other type of event where you might meet women.

Check out meetup.com for some cool events.

Go to something though, that will interest you outside of just the possibility to meet women. Going to boring places over and over can start to cause major frustration because you’re putting a lot of pressure on yourself to get results.

Instead, do something fun. 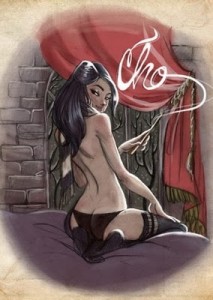 Secondly, get coaching. Don’t throw your money away on a bootcamp if you’ve already got something going. Chances are you’re doing a lot better than you think, and you just need someone to point you in the right direction.

Go out for a two hour session with a coach and see if he can pick out what you’re doing wrong.

If he’s a good coach, he can pick out the most important thing you need to change, something that will improve your game by 60% or more.

We all hit plateaus in this game, every one of us. It’s more frustrating if you’re not getting laid or you’re out there working and spinning your wheels.

But if I had to pick one trait that makes guys successful at improving in the game, it would be this: longevity.

Good things can happen in an extremely short amount of time if you’re willing to put in the work, but we all go through phases, up times and down times, crazy improvement and stale plateaus.

It’s the guys who are willing to stay in the game through the ups and downs who end up making the most change in themselves.

We end up working on some new skills in this session, some things I picked out that were missing from his game.

A few days later I get a text from him. He hooked up with a new girl he’s into.

If you’ve hit a plateau, find out what you can change to get to the next level. But don’t forget to appreciate how far you’ve come already.