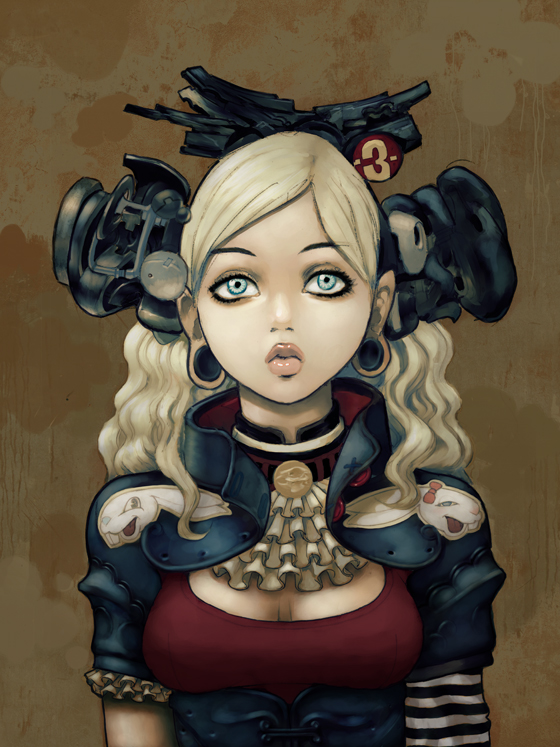 There’s been a lot of discussion in the comments on this site about what it’s like to be an attractive woman.

It’s been said that they can get away with whatever they want.

There’s an excellent post on reddit.com where someone asks a similar question.

A self described “hot girl” gives a lengthy answer.

Whether you empathize with what she wrote is a moot point.

It’s still a really interesting read about what it’s like for her.

An honest answer, whether or not you want to believe me.

I will not do anything to verify this, as I am a private person and the only real way would be to post pictures.

Do people treat you differently?

I know this is horrible but I get offended if a guy DOESN’T check me out. It’s all just a game of biology, and I’m a good specimen for breeding.

What kind of problems do you face?

You face people giving you attention you don’t want.

That sounds like no big deal unless you realize that about half the human population has weird relationship/personal space issues and it means that men make weird comments, even your relatives and your friends.

It means that you’re never allowed to forget what you look like, and that it is important that you do not change.

The first words out of my dad’s mouth when I see him are whether or not I look like I’ve been working out daily. 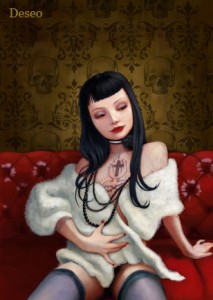 Intelligent hot chicks, and if they exist- They do. But they’ve learned to hide it.

People will hate you for being attractive, unless they feel they are smarter than you.

Then they feel better because they have a reason to look down on you.

If you let on that you can compete mentally, then they really dislike you, to the point of pure mean-girl sort of stuff.

Sometimes, if you do try to contribute on any level, people dismiss you immediately. Or they decide they want to try to fuck you more than before.

What it comes down to is that it is less about how attractive you are, and more about how others around you perceive it.

I think that one thing very attractive girls never feel is really accepted.

Because you’re always trying to self-depreciate in one way or another, to make yourself seem less of a threat to other girls, less attractive to those you don’t want to be attractive to, etc.

Is it worse, or better than being average? I’m not sure.

I don’t know who I would be without it, but at the same time, I wonder if anyone around me would like me if I didn’t look this way.

I find no joy in eating, in fact, I secretly hate food. I wish I could have a healthier relationship with it.

I don’t know anyone who is attractive who isn’t hypercritical of themselves naked.

This includes during sex.

It took me years to learn to relax and that the guy wasn’t like “LOOK AT THAT FRECKLE ON HER ASSCHEEK HOW WEIRD”.

I’ve had more than a decade to deal with these things, and sometimes I feel like I am behind other people because I relied on my looks for so long.

I am petrified of getting old and unattractive. That’s a big thing I am working through in therapy right now.

I have moments now where someone comments on my looks and it hits me the wrong way where I have a panicky feeling like I am losing my balance, or am not in control, but those are becoming fewer and far between.

Ironically enough, I look better now than I ever have, and it’s from finally figuring out who I am as a person.

It was just so easy to avoid doing that for so long and still being able to get a positive reaction from the rest of the world.

Any popularity I gained along the way was only a result of people noticing me for the wrong reasons. 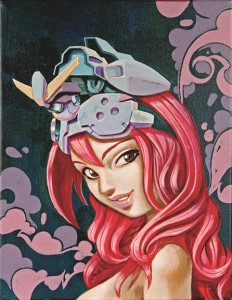 I’ve always been very self-contained, did not do the sorority thing like the rest of my friends, do not have facebook, do not do internet dating, do not go out very much.

I try to get out of the house, but I’m really a homebody.

I go to work, but I don’t take seriously anyone who hits on me at work, especially in front of coworkers.

Or even worse, my boss.

I really only trust talking to guys who I meet through mutual interests. It doesn’t always have to happen this way, but it’s nice to know that you have things in common.

I know this wouldn’t seem like a bad thing to guys, but I’ve been scarred repeatedly by sleeping with someone I thought I could trust and then having them brag to the whole world.

The sex thing is like this- I think I trust a guy, he acts like he cares about me too, we have sex, the next day I learn from twelve people (who call me to tell me, because I totally need to know sarcasm) that he texted his closest group of twenty friends to let them all know he finally fucked me.

It makes you feel like a piece of meat and like you don’t deserve anything out of life but being used.

I can’t tell you how many times I’ve been betrayed with that sort of thing. How many times I cried over it, and how long it took me to regain the courage to try again with someone new. 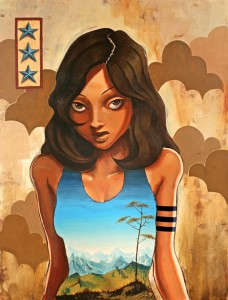 It lets you have very unhealthy romantic relationships. It’s easy to ignore all other aspects and base it only off how you look.

It’s easy to not learn how to be a good person, or how to treat people the right way. It’s easy to end up alone.

It’s easy to expect help from strangers for no reason.

But dealing with rejection, if these things don’t happen the way you want them to, is really, really hard.

I guess it’s just hard to face reality when you are used to not having to.

I actually tend to go for really smart guys. My dad is a physicist, and he’s one of the only men I trust, and I think it rubs off on who I am attracted to.

I also don’t like guys that are too “hot”- because (I only just now realize how fucked up this is) I like to know that they will always think I am good looking, and part of how I can secure that is to know that I am at least marginally better looking than them.

My current boyfriend judges me for every word, every action, and every little thing that I do. I love him immensely for it.

He’s made me a better person, and more of the person I wanted to be just by making me realize I am accountable for myself and how my life goes.

I fell in love with him because he wouldn’t tolerate bullshit, no matter what I looked like. I really credit him for so much of the change.

Of course, I had to actually institute that change, so I take credit for that. I think many people start to change around the age of 25, anyway.

Maybe it was all a part of that. He makes me act like a decent human being, which is a nice change from most people.

He won’t let me get away with nonsense.

posted in The Way Girls Think

A bunch of lies. Karma is real. ;D
And if is tough to be a hot girl… imagine for us simple men?