Use Excuses to Start Touching 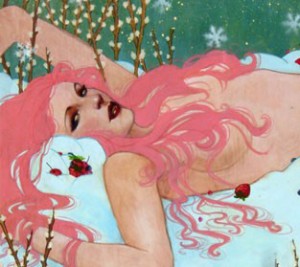 Of all the things I’ve done wrong in the past with women, the thing I regret the most is not making the move.

It’s one thing to make a move stupidly, or get rejected, or even fuck it up royally, but not having made the move at all just kills me.

About ten years ago, when I first moved to New York, a friend of mine invited me out. She had a friend visiting from France who turned out to be a really cute girl.

This girl seemed to really like me. At the end of the night, this girl said she had no place to stay and wanted to stay at my place. I, of course, obliged.

What happened? I was really attracted to her but, of course, I didn’t make the move.

We ended up getting into a long conversation about a guy she was into. The nice guy that I am, I let her sleep on my bed while I took the floor.

I’m sure we’ve all been there many times in the past.

You walk away from a great date and once you’re a few blocks away, you’re kicking yourself wondering why you didn’t go for the kiss.

Or you may even think of it while you’re out on the date with her. Things are going great. You would love to kiss her. She may even be acting like she would be up for that.

But for some reason, you can’t do it.

She just seems so far away. There seems to be an invisible wall separating the two of you. It would just seem incredibly awkward to go for a kiss.

Am I just a big pussy? What’s wrong with me?

The biggest culprit is usually this: a lack of physical contact.

You haven’t touched this girl all night. To go in for a kiss feels physically awkward because you haven’t established a physical connection with her. 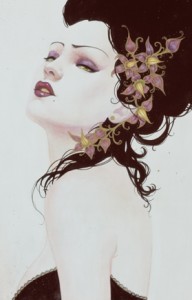 I don’t have to quote the innumerable studies that say that people are closely affiliated with those who touch them.

That the sense of touch is the very first to develop in infants, blah blah blah.

The fact of the matter is that you can’t have sex with a woman until you touch her.

And the first step is basic friendly contact. This is the kind of touching that you can do with anyone.

Whenever I start to touch a woman, I like to use “excuses.” It’s not so much as an excuse, as a premise to touch her.

Touch from the start

I love to implement touching right from the start.

You want to start doing as early as possible with women. The earlier you do it, the less awkward it is.

If I can open her with a gentle touch on the front of her arm, that’s the best way to start off an interaction.

“Hey, have you tried this salad dressing?” I say. I establish myself as a touchy-feely guy. From there, that just seems to be who I am.

Touch with the back of the hand on her forearm

A great way to implement physical contact is to touch her on her forearm with the back of your hand.

If you’re sitting next to her, you can also give her a touch on the leg with the back of your hand.

There are three main “excuses” to touch her like this:

1. To emphasize something that you’re saying. “and when he came out of the bathroom… <touch> he wasn’t wearing any pants.”

2. When she says something interesting. Tap her on the arm and say “No way!”

3. When you bust on her or joke. The touch helps to emphasize you’re joking. “Oh my god, <touch> I’m hiring you as my professional chef.” 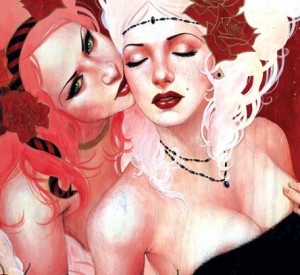 It’s a bit of a cliche, but it works to incorporate high-fives and fist bumps into the conversation. You can do this when she does something you approve of.

“You only like top-shelf vodka? Awesome. High five.” <high five>

Play with her hands

You can comment on her rings or her nail polish. “Ooh, nice ring. That’s a cool symbol,” as you hold her hand and look at her fingers.

You can also ask her if she’s a hard worker. After she answers, take her hand and feel for calluses. Be sure to check her finger tips to see if she does a lot of typing.

If she’ll let me touch her hair, that means she almost ready to be kissed.

A great “excuse” to touch her hair is to simply compliment her on it. “I love your hair. Where do you get it done?”

“Do you know what the most sensitive part of the body is?” I ask her. “Right here.”

I reach my hand up behind her head and gently run my fingers through the base of her scalp, right above the hairline. 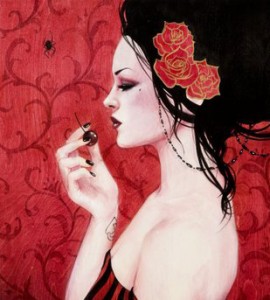 Never miss another opportunity to escalate

Taking initiatives in this way gives you a lot of information. You can gauge where she is in the interaction.

How is she reacting to your touch?

When you touch her, it gives her permission to touch you back. Ideally, if you give her a touch during a conversation, a minute or so later, she’ll touch you back.

Even if she doesn’t take initiative to touch back, if she’s receptive and very positive about your touch, this is a green light to keep going.

If she pulls away, you may need to play around with her a little bit or pull away for a bit and see how she reacts.

The best way to progress things toward sex is to take measured initiatives.

Whether she welcomes your advances or declines, at least you’ll never again kick yourself for not making the move.