The Most Dangerous Word in Existence 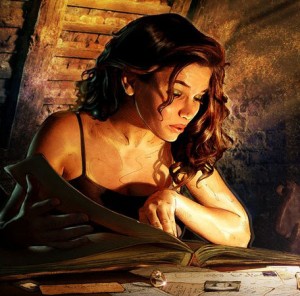 Within the treacherous deep of the catacombs, there is a book.

Massive in its proportion, this book holds billions of words on its razor-thin pages.

It is the Book of Not Approaching.

Turn page after page and you will find this vast, endless book filled with one thing:

There is always a reason why you shouldn’t approach her. Always some excuse dangling.

Your mind has brilliantly written this book. It is exhaustive, familiar, and each excuse is indexed for near instantaneous reference.

There are many excuses, some odd (I don’t like the shirt I’m wearing), some deep (What is the momentary pleasure of sex really worth anyway?) and some just stupid (She’ll think I’m trying to steal her laptop.)

But there is one excuse that conjures up the demons from hell. One excuse so powerful, all the other excuses in the book cower in fear and kneel before it.

This one word, Tomorrow, carries such force, that it can slay an entire year’s worth of planning in one swift blow.

It is the most dangerous word.

It is a spell cast by the Devil himself, a trick he played on us long ago.

For tomorrow never comes. And you never make the move.

You see a cute girl sitting in a cafe and think about approaching her. But you don’t. At least not… today. 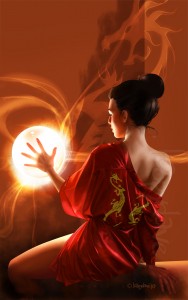 There is always a reason why you shouldn’t take action right now.

I need to learn some more first. I feel too tired right now. I need to start going to the gym first. I’m not in the mood today. I haven’t warmed up.

And the next day it’s the same.

On and on, you get older by the day, your desire muted more and more until one day you find yourself an elderly man thinking about what could have been.

Do something. Anything. Start somewhere. Even if it means simply walking across the room and standing next to this girl.

Even if it means simply going out for a walk in a neighborhood where you might see some women.

Make a plan for yourself and stick to it, a plan that starts off with something manageable, something you know you can do every day.

Take some kind of pro-active movement instead of letting the sands of time sweep you away.

A thousand years from now, you’ll be lying in a grave, a corpse barely recognizable. There will be nothing, perhaps this earth long abandoned by its inhabitants.

But you’ll have one thing: you’ll have lived your life a man. And by your side, a page torn from the book. And from that page a single line is erased: I’ll start Tomorrow.

Because you’ll have done it. You may not have taken the full action that you wanted to take. And it wasn’t always well-received.

But you’ll rest in peace knowing that you took some kind of action.

That you fought the sands of time.

And spit in the face of the Devil himself.