The Bitter Man Drops the Ball 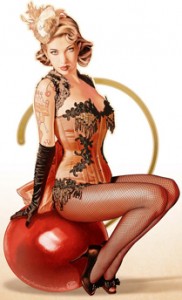 Guest writer Erin Whitehead is a featured writer for OnlineDatingSites.net. You can follow her on Twitter at Twitter.com/girlwithatail.

Ryan had a sarcastic sense of humor and a sweet smile.

He seemed a little guarded on our first date, but I figured that would change with time.

We were in line at the concession stand when he first mentioned his ex.

“She’s the reason I no longer trust women,” he said. “I’m not about to be an idiot in love again.”

Then he asked if I wanted to share the jalapeno poppers.

Why are you on a date with me if you have no intention of falling in love again?

I had a momentary impulse to be the girl who shows him women can be trustworthy, who gets him to open up again butÂ¡Ã„

No. That’s not my job. I come with my own history of break ups and heartbreaks.

There are certain female stereotypes that have been labeled undesirable when it comes to dating: The High Maintenance Girl, The Shallow Girl, The I-Need-to-be-a-Mommy-NOW Girl.

We ladies have a few types of our own from which we try to steer clear: The Mama’s Boy, The Passive Aggressive Guy, The Player. Most of these have earned their negative reputation for good reason.

But the type I’ve encountered a lot lately is The Bitter Man. This type pains me the most because The Bitter Man is actually a great guy… well, a misguided great guy.

We’ve all been hurt. If you didn’t marry your high school sweetheart and are still single and dating in adulthood, you’ve had your heart broken, smashed, or at least dented a number of times.

The person you were imagining yourself spooning into old age, or at least going with you to that concert in two months, suddenly ? knife in chest ? doesn’t love you anymore. 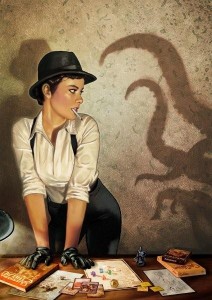 For some guys, depending on how ugly the break up, and how invested he was, this awful realization leads to the decision to close up shop.

The treehouse sign gets flipped back to No Girls Allowed–at least emotionally.

I’ve seen it in a lot of my guy friends: super sweet, sensitive guys who have set up an armed guard around their heart that rivals Lord of the Rings.

It’s understandable that anyone ? guy or girl ? might feel the need to close up after a big hurt.

But in the long run, it doesn’t keep you from getting hurt again; it just guarantees you fewer opportunities to meet someone awesome you really like.

Maybe Bitter Man eventually decides she’s trustworthy and reciprocates. But by then it may be too late. That girl may have already moved on.

No girl wants to feel like she’s going to have to bare her soul with nothing in return.

Having perspective and humor about heartbreak is a positive quality. It’s charming when a guy makes an effort to not drag you into his fort of love gone bad.

When a guy can laugh at something humiliating or sad in his past – in a way that doesn’t feel hardened or forced — it’s attractive.

So dudes, please stop treating your heart like Fort Knox.

And hey, while you’re at it, release the prisoners! And by prisoners I mean the jalapeno poppers.