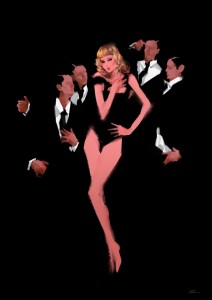 Today we have another brilliant post by my good friend Robbie Kramer from Inner Confidence.

Have you been approaching women but not getting the results you want because you have too much anxiety?

There is a tragic mistake men make over and over when they approach women.

I did it for years without even realizing it.

And a lot of the advice out there actually makes the problem worse.

This mistake leads to more approach anxiety, more rejection and leads most guys to eventually give up on this area of their life.

It’s funny but it took me almost four years to come to this realization even though I had been doing this stuff and teaching it for all that time.

Everyone knows that women are most attracted to confidence, but here’s the conundrum.

If you aren’t confident, how do you approach a woman?

What if you are feeling nervous or scared?

What if you are feeling weird or you don’t want to approach her with the chance of other random people seeing what you are doing?

What if you are worried about being creepy or looking like a fool?

If you feel any of this, chances are slim to none that you can confidently walk over and strike up a conversation.

Firstly, women sense whether you are confident or nervous.

You can try to hide it or mask it, but she’ll instantly pick up on your energy and emotions.

If you walk over with tons of anxiety, she’ll feel extremely awkward.

It doesn’t matter what you say, all she will hear is “This guy is awkward and is making me feel really uncomfortable, I need to leave NOW!” 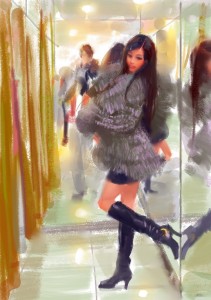 Women will run away if you make them feel uncomfortable.

It’s not that women don’t like being hit on.

Women love to be hit on, but only by the guy who does it right.

The only reason that hitting on women has developed such a negative stigma is because most guys do it wrong and creep them out.

And it’s not even the nervous guys who creep them out the most.

The absolute worst are the guys who drive by and yell stuff out the window.

Next up are the guys who write stuff on her Facebook wall like “Baby you look fine… we should get together.”

Women aren’t stupid. They know when you are hitting on them.

Even if you trick them into thinking that you are not hitting on them, eventually you’re going to have to let the cat out of the bag.

And when you do, you’ll look like a wuss for masking your intentions.

It takes a lot of courage to approach a woman and if you’ve ever done it, I applaud you.75% of men have never done more than one cold approach in their entire life!

So if you’ve been trying to approach women but anxiety is getting in your way, then what I’m about to say will really help you out.

The tragic mistake that guys make is this:

They keep trying to approach women without addressing the feelings and nerves that are creating all that awkwardness.

But the solution is actually really simple:

Tell her what you’re feeling! 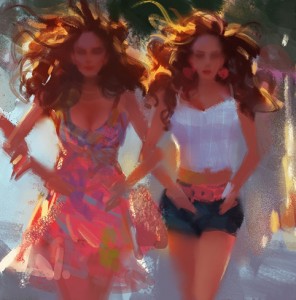 There are a few ways you can do this.

Let’s say for example, you nudge her on the arm and she jumps back startled.

Don’t just start talking about something else.

Instead, say “Oh sorry, I didn’t mean to scare you.”

That is an example of calling it out. And you can do it right from the start.

Secondly, express your intentions. This is the fun part but also the trickiest part. This is when you actually start telling her why you came over to talk to her.

It’s the part that almost every guy screws up. But if you follow this advice, you will no longer be that guy.

She’s already sensing your emotions. So this is the part when you call yourself out, tell her what you want and do it in a way that is fun for both of you.

The way it’s done is different for everybody, so I’ll give you three examples:

Example #2: Guy feels weird about hitting on her in a public place with people watching. He could say this: “Hey, not to be that weird guy who hits on you in the ______, (pause) but I’ve gotta be that guy, you are too damn cute.”

Example #3: Guy feels anxious about hitting on her because he doesn’t know what to say or how to keep the conversation going. He could say this: “Hi, this might sound strange, but I really suck at making conversation with adorable women like yourself and I have no idea what to say but I figured I’d do it anyway. Hi, I’m ______. (pause) As I mentioned, I suck at this flirting thing so come on, let’s see what you got!” 🙂 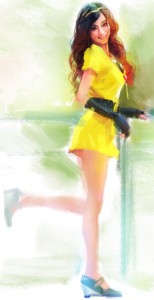 Notice that in every example, it’s okay for the guy to feel nervous, awkward, scared, creepy, weird, or feel whatever he feels.

But if you don’t call it out and instead say something to try to hide your emotions, it won’t work. She’ll feel whatever you’re feeling anyway and excuse herself.

Instead, when you say what you’re feeling, she can connect with you emotionally.

Let me say that again because it is the most important part of this entire post.

If you say what you are feeling, she can connect with you emotionally.

If you can connect with her emotionally, you’re in the door! If you can’t, it gets slammed in your face.

If you follow this advice and express your emotions when you approach, you will feel better and better each time you do it.

You may not get a ton of phone numbers or attract a lot of women in the beginning when you are filled with anxiety but you will get good responses which will build your confidence.

Before you know it, you will no longer feel any of that crappy stuff and you’ll be able to approach confidently and meet tons of hot women.

posted in Acceptance, Ramp Up