Surround Yourself with Women 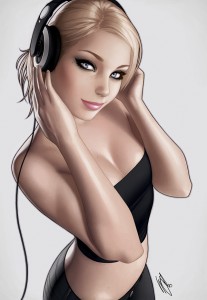 Q: How do you know when you see a group of pick up artists?

A: There’s no women around them.

It’s funny becauseÂ¡Ã„ well, it’s true. Most guys out there practicing their game are not very good at it.

And that’s okay because we all have to start somewhere.

But that’s still no excuse to not have women in your life.

When I gave a talk about a month ago at NYC Social Dynamics Masterminds, my excellent host Phillip, commented that I was the only “PUA” to talk at his event who had ever brought any girls with him.

And on top of that, he continued, I brought five hot girls with me.

I wasn’t dating all of these women–although most of them I had dated at one time or another. Most of them were friends.

A whole group of my friends, both guys and girls, came out to support me, which was really nice.

And it wasn’t merely that these women were hot (which they were) that made me glad they were there, I truly value these women as friends in my life.

Having female friends is so important. They can give you perspective on a lot of things your male friends can’t.

If you do things right, a woman will introduce you to many of her attractive friends. They can help you meet other great women. 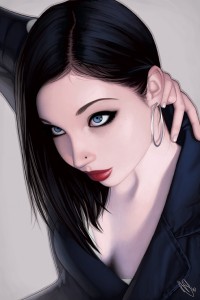 Often, a woman friend is ten times as valuable as any given date or hookup you could have, both in her hooking you up with new great people and simply doing what friends do best: supporting each other during trying times and celebrating the awesome times.

I had a recent student who was having trouble with his conversation skills. He was getting locked up and running out of things to say.

So one of the things I recommended to him was to make friends with at least one woman.

For most people, it’s not easy to make friends.

And if you’ve never been friends with a woman, it can be even harder. But it is well worth the effort to learn how to be friends with women.

If you are trying to meet women to date, chances are you’re going to end up meeting a lot of women whom it doesn’t work out with. These women may be excellent candidates for friendship.

Keep talking to them.

Keep inviting them out to do things.

It’s always better to show up at a party with some women rather than an entourage of guys. Everyone at the party appreciates that.

Sometimes a woman may be into you romantically, but you only want her as a friend. How do you navigate that? 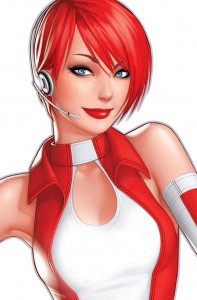 One of the best ways to go into friend zone with a girl is to ask her about her romantic relationships.

If she’s dating anyone, or trying to meet people, find out about it. Get her to talk about how she feels.

You can also talk about your romantic relationships.

But I would be careful with two things if you do talk about your relationships.

Firstly, don’t dump on her and complain too much.

Secondly, don’t talk about game too much with her. Make sure she understands that the context of your relationships with women is not just to get laid, but because you really want to get to know women.

Women can easily turned off when guys talk too much about “scoring” and hooking up with girls.

If you have women friends in your life, keep those friendships strong.

And you don’t have female friends, don’t be afraid to go out and make some.

You’ll be glad you did.