She's Going to Feel that Energy Right Next to Her 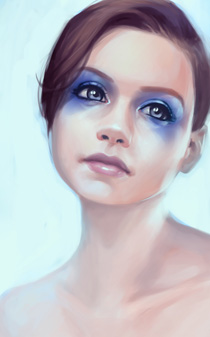 I’m sitting outside at a cafe in Sarasota, a coastal town in Florida.

Cory Skyy is sitting next to me puffing a cigarette.

Cory Skyy is a natural.

He has never read anything about being better with women. He’s decent looking but not gorgeous.

And he’s considered by many to be one of the best guys in the world when it comes to women.

Cory can walk into a room and light a fire with any woman he chooses-without even saying a word.

He can tell you exactly what’s going on in any situation with a woman and exactly how it should be played.

He can read women’s emotions as if he’s telepathic.

Cory was with over a hundred women by the time he was 18. He’s in his mid twenties and more relaxed now.

He doesn’t approach women anymore. He gets women to approach him with eye contact alone.

I’ve seen him do it, and it’s incredible to watch.

He’s reached a success and subtlety in his game that most guys wouldn’t believe existed if they hadn’t seen it in person.

Of course, I have many questions for Cory.

“When you go to interact with a woman, what’s going through your mind?” I ask him.

“Nothing,” he says. “Nothing better be going through my mind. That stuff just gets in the way.”

He doesn’t want to think. He’s in the moment, taking action.

“What are you trying to do right after you see her?” I ask.

“I position myself properly. If I see an attractive woman at the bar, I go up and just ‘happen’ to stand next to her.

I make my presence in this place next to the woman and project confidence through positioning and body language.

Now she’s got this guy who’s blowing out confidence standing right next to her.

She’s going to notice me. It’s body language. It’s the way I place my hands on the bar. It’s my self confidence that she’s going to pick up on.

She’s going to feel that energy right next to her.

She’s a little bit intimidated because I’m not talking to her. She’s just sitting there and I’m not saying anything. I’m just standing there next to her.

She’s waiting, thinking that I’m going to talk to her and she’s wondering, ‘Should I look at him? Should I not look at him?’

She’s the one questioning herself about the situation.

It almost brings up that fear and that intimidation factor that guys get when they see a woman and want to go talk to her.

In this instance, I don’t have that fear, because there’s no pressure on me. 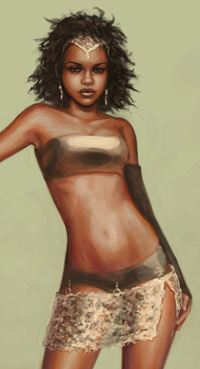 I walked right up and I’m standing right next to this woman and projecting this confidence.

Then I start a conversation. I just look over and make a simple statement.

There’s no way she’s going to turn me down.

Even when I’m talking to her, I’m conscious of the way I’m positioning myself and how I’m standing.

I usually never face her, unless we’re really close and we’re about ready to kiss or we’re hugging.

I always want to show that I could walk away at any second. That’s what that shows.

I’m projecting a lot more confidence when I’m standing and she’s off to my side.”

What is Cory trying to do when he walks over to her?

He’s strategizing about how to physically put himself near her. He isn’t thinking, what am I going to say, how’s she going to react.

It’s all physical for him at that point.

What you say isn’t nearly as important as what you do.

And this is the biggest step that almost every guru out there fails to talk about.

Step 2 of the Six Step Method is all about positioning. At that step, we aren’t even speaking with women yet.

As a bonus for the book She’s Six Steps Away, I do a brand new interview with Cory.

We talk about how positioning sets you up for the next step: speaking with her.

If you haven’t gotten the book yet, you’ll want to get it now, while it’s still on sale.

Get it here while? you still can:? ShesSixStepsAway.com

I’ll see you on the other side,