She Won't Have Sex in a Filthy Bed 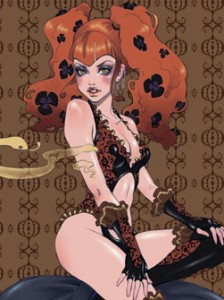 You did everything right.

Your game was on point.

She wants you and she’s ready to go.

You get her back to your place, and all of a sudden…

Something is different with her.

When trying to make things happen, the last thing you want is to fumble things at the last minute because of a messy apartment.

A messy place can be bad news. Just like it’s difficult to smell your own body odor, it’s hard to see how disgusting it is when it’s your own place.

But if you’ve seen the show Hoarders, you know that there is potentially nothing more disgusting on earth.

The part that makes me cringe is that I’ve been guilty of having a messy apartment myself in the past.

A few days ago, a student of mine invited me over his place to help him with some fashion consulting.

While the apartment complex was architecturally awesome, I was immediately hit with it as I walked in his front door: a huge mess.

Stuff everywhere in his apartment. It wasn’t quite hoarders, but it was a still a small fraction of that feeling.

Now, I didn’t care that much. I’m a dude and I was only sitting on a seat talking to him.

But I can only imagine how a girl would feel if she were thinking about fucking him.

It could kill her libido.

Here are some tips to help keep your place livable and welcoming to strangers. 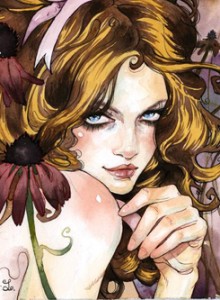 I live in an apartment in New York City. It’s typical that people living in this city have tiny apartments.

The upside is that I’ve gotten in a habit of throwing everything away. Every few months I clean out my apartment and get rid of a ton of stuff.

Of course, every once in a while I throw out something I end up needing.

But buying it again is a small price to pay for throwing out the ten other things that I won’t use.

It’s such a cleansing feeling to get rid of stuff you don’t use.

If you need some inspiration for throwing stuff out, just watch an episode of Hoarders.

I try to live as minimally as possible.

The less stuff you can live with, the better. Your possessions end up owning you.

There is a whole movement about living minimalist. These days with digital media, you can throw out your CD and DVD collections and survive with basically a laptop.

You don’t end up using most of the stuff you keep around anyway.

I do like to decorate my walls, but I rarely keep around anything that doesn’t get hung up on the wall.

The only sentimental things I keep around are photos, and these days, they’re almost all digital.

Get in a habit of putting things away.

An apartment doesn’t keep itself clean. 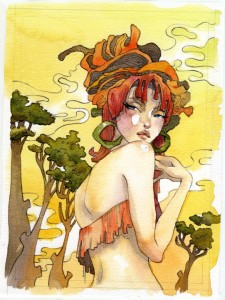 Unless acted upon, things tend to move from order to chaos.

“Stuff” piles up on every surface available.

If not pro-actively cleaned, things start to get dirty.

Like all behavioral changes, developing a habit can go a long way in getting things done with the least amount of thought exertion.

Get in the habit of putting that deodorant stick back in the medicine cabinet right after you use it, and it’s one less thing you need to think about.

As long as you have a place for everything, this tip could be the most important on the list.

Start by keeping one room clean.

One of the pitfalls of changing your behavior is that you try to do too many things at once.

You want to be better with women, so you plan to go out and approach ten women every day. And of course, if you’ve never done it before, you fail big time.

Every time you leave your apartment, check to see if that room is clean. Once you’ve got that down, move on to other rooms.

I hate cleaning the toilets and the tub, mopping the floors, dusting.

But if you don’t do that stuff regularly, it starts to build up in a bad, disgusting way.

I get maid service once a month to come in and take care of that stuff. It’s not as expensive as you’d think.

And as a side benefit, there’s something pretty cool about mentioning that you have a maid.

I hate spending three hours a week doing laundry and folding it myself.

Most laundromats now have drop-off laundry. You throw your laundry in a bag, take it to the Laundromat, and pick it up a few hours later.

Think about it, you’d spend $5 or $10 on laundry machines, detergent and fabric softener.

Instead, I’d rather spend $20 bucks to save me three hours of work and hassle. All I have to do is bring my laundry home and put it away. 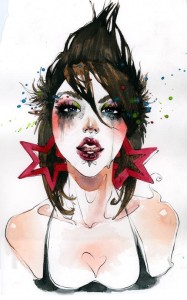 Particularly if you’re dating more than one woman, you really want to change your sheets every few days.

Women are good at finding hairs, smelling perfume on pillows, and noticing stains.

In general, if you’re going to be having sex with anyone in your bed, you want to have a few sets of sheets and pillow cases you can swap out regularly.

Condoms go in the toilet, not the garbage.

A few years ago I had a girl find a condom in the garbage from another girl. Holy shit I felt like a tool.

Don’t leave without cleaning your place.

I like to make sure that the place is clean before I leave.

You can also clean on arrival, but it’s more annoying, especially if you come home tired. It’s a pleasure to arrive at a clean apartment.

Don’t have a roommate.

Roommates make all of this twice as hard.

It’s one thing to try to change your behavior, but to change his behavior is even tougher.

If you must, get a new roommate who is super neat. Or live with a chick.