No Woman Ever Approached Me For My Looks

John had no problem talking to women he didn’t know–as long as he was drunk.

“Not just one or two drinks,” John explains in a recent interview, “completely inebriated.”

An aspiring DJ, John was drawn to clubs because of the music.

While out at bars and clubs with his friends, he would try to meet women.

But he had never in his life started a conversation with a woman sober.

His drunken late-night efforts were always hit or miss.

Even when he did meet women, they usually weren’t to his liking.

But the women he was meeting at clubs were drunk, crazy, party girl types-not the type he wanted as a girlfriend.

When John did get a girlfriend, he clung to her because he had nothing else.

“It was the easy way out with them,” he explains. “I was limiting myself. I didn’t have the ability to meet women outside of my social circle.”

At one point, after years of drinking, a reality sunk in. It was wearing on his health. He wasn’t taking care of himself.

“I was fat,” John says. “I was fifty pounds overweight. I had a huge stomach. All I did was eat, drink, smoke pot, and play music.”

Upon moving to New York City, the people he saw gave him the inspiration he needed.

He saw pretty women during the day and thought it would be amazing to be able to meet them without having to drink.

“I felt I had to make a drastic change in order to meet the women I wanted,” he says.

The first thing he did was lose fifty pounds. He was sure this would be the key to his success. Slim now with a swimmer’s body, one would never guess he was overweight for years.

“I lost a ton of weight. People who knew me were shocked. They said, ‘You look so much better!’

“I thought, wow, this is awesome. I can meet women without having to do much else.”

But simply losing weight was not going to get him where he wanted to go.

“Nothing happened,” John says, “Absolutely nothing. No woman ever approached me just for my looks,” he says. 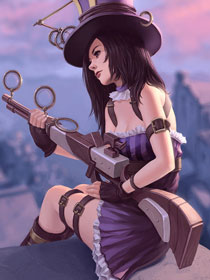 So John researched how to meet women.

He found some lines on the internet and went out to the park-sober-to try and talk with women.

But all he did is walk around in circles.

The moment he saw an attractive woman, he couldn’t remember a thing he’d read about. He couldn’t say a word.

“I kept reading and reading, hoping that one day I’ll read so much that I’ll be able to go do this stuff. That day never happened,” he says. “I was filling my brain with information and not doing anything legitimate about it.”

When John first came to me for coaching, he was emphatic about the empowerment he wanted.

“This isn’t just about getting women into bed,” he said to me. “I want to have the ability to meet anyone anywhere.”

The Six Step Method was a revelation for him.

“I couldn’t believe how comfortable it was going from step to step, week to week,” John said. “It took a lot of the pressure off. It wasn’t ‘Day one: Approach 40 women.’ That would have been too much and not sustainable. There’s no way you’d be able to continue. You have to start out doing something long-term daily.”

Of all the people who went through the Six Step Method, John stuck most closely with the weekly exercises.

“It was easy to follow the checklist,” John said.

He would check off every single box as he accomplished each task. 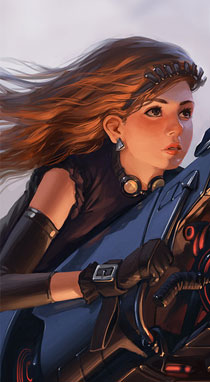 “I viewed it as a homework assignment. I didn’t want to fail in it.”

John was the most meticulous, and he’s gotten some of the best results I’ve seen.

“It’s pretty ridiculous, the things I’ve done, compared to what I did before. I went from approaching zero women to probably two or three hundred. I’ve lost count. I have no idea how many I’ve approached. I’ve gotten tons of numbers. I’ve dated a lot of women. I’ve hooked up with many of them.”

John’s love for music has stayed. But he rarely goes to nightclubs to meet women anymore. Most of the women he dates he meets during the day.

He was in the park the other day and couldn’t keep from talking to a woman.

Sitting alone on the steps of the park was a young feminine red-haired woman with freckles in a summer dress and flats.

He went and sat next to her.

“I had no choice in the matter,” he recounts. “My mouth just opened and I started talking.”

They talked for fifteen minutes. She was intellectual, here from Poland on an internship for the summer.

They agreed to touch base in a few days after John’s friends left town.

A few days later, they texted to set up plans. He told her to meet him at a bar on the corner near his apartment in the West Village.

That day it was raining. John got soaked. He came home, showered, and changed.

Then he looked at the clock.

He realized it was five minutes before they were supposed to meet.

“I decided to take a risk,” he said. “I texted her to come ring my bell and I would come downstairs. I knew that I would rather not go out again in the rain.”

Five minutes later she rang his bell. He went down to his foyer.

“Come in its pouring!” he said.

She walked in. He made small talk and then said, “Let’s dry off, then we can go out”.

When they got up to his apartment, he offered her some wine. They sat on his couch, talked, and drank wine.

They barely finished the first glass.

Within twenty minutes, he went for the kiss. From there it was another thirty minutes before she was in his bedroom.

“I have quality problems now. I have all these women I’d dating,” John says. “Combined with the time I spend each week going out to meet women, I have no time left for the important things like gallery openings, performances, yoga classes, and acting classes,” he laughs.

“I look amazing in front of people,” he says.

“My old friends said, ‘What the hell happened to you? You’re talking to every woman!’ That was never how friends would ever describe me.”

He still has ups and downs. On his “off days” when he doesn’t get into conversations, he’s disappointed.

But, he says, “I’m a thousand times better than I was when I started the Six Step Method. I’ve made huge progress.”

“Putting in the work is the only way that these successes would ever happen,” John says. “Without doing the work, these results wouldn’t have happened for me.”

John felt like the rest would be easy after the anxiety was gone.

That wasn’t quite true.

“I needed to learn about certain other parts of the game before I actually started hooking up with women. But the Six Step Method was critical to get past the first hurdle.”

Are you ready to put your dating life in motion? Pick up a copy of She’s Six Steps Away right now.

It walks you through every aspect of the Six Step Method.

It teaches you exactly how to get past your fear and start meeting new women every single day.

The program is available for a limited time.

See you on the other side,