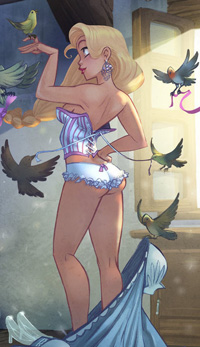 “Is there a zoo in central park?” I ask her.

It’s 10 AM. We’re standing on the subway train.

I’ve carefully positioned myself next to her so that it seems incidental that I’ve chosen to ask her.

She responds, saying there is.

“I have friends coming into town for the weekend and I’m thinking of bringing them there,” I say, continuing the conversation.

We start to talk a bit about the zoo and central park. And then…

I stop. I let conversation drop.

I look around the subway car as I wait…

I’ve been doing this a lot lately to great effect. My best interactions lately have been when I took a break between the opener and the follow-up.

I start talking with a girl. I’m leading the conversation.

And then about 30 seconds to a minute in, I drop conversation.

Whatever she says, I nod my head, or even don’t respond to.

Sometimes she picks conversation back up, like this girl. Sometimes I start it up again. Or sometimes, if I’m not that into the girl, I don’t continue the conversation.

This pause, pregnant with tension, does a lot of great things. 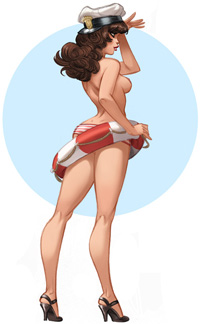 Firstly, it shows that I’m not eager to speak with her.

It’s a perfect way to demonstrate that I don’t feel like I have to continue the conversation. I’m not dying to speak with her.

I started to do this after I’d opened women and were somewhat ambivalent about them.

“She’s okay,” I’d think to myself. “But not great.” And I’d let conversation drop.

This is exactly what you want to communicate to a woman.

The pregnant pause also gives her a chance to restart conversation. Often she won’t. Usually it’s because she can’t.

I took initiative to open the conversation. That takes balls. It takes skill and conversational ability.

That means I get a lot of credit for what I did. But to do it twice? Twice the credit.

It also makes her a bit uncomfortable. That’s a good thing.

That silence builds tension and anticipation. She’s wondering if I’m going to start again. She doesn’t know what’s going to happen next. And that’s deliciously fun for her.

This works best when you have something to say, but you don’t say. You hold back and just wait to see what happens.