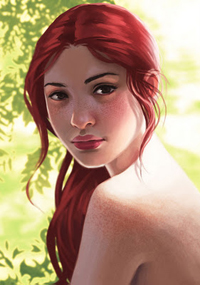 Women will mess with you.

They’ll tease you and bust on you.

And occasionally, they’ll be downright mean.

It can get confusing because if a girl says something “mean” to you, that doesn’t mean she doesn’t like you.

In fact, it could mean the exact opposite.

After all, we are using the same exact tools: busting on her and having fun with her.

That’s why it’s important to learn how to handle resistance from women.

Some people call these “shit tests.” Whether she’s doing it to test you or simply because she plays rough, it’s good to know what to do.

I’ve talked before about how to handle shit from women. TheÂ  most basic way to handle it is to ignore it. Move on to a different topic of conversation.

Another way to handle it is to agree and amplify. She says, “You’re shirt is gay.” You agree and then exaggerate what she just said.

“Yup. It was the gayest one I could find in the gay store.”

Another great way I like to handle shit from women is what I callÂ The Sensitive Guy.

If I’ve gone up to her and talked to her, she assumes I’ve got a lot of confidence.

If ever in conversation I’ve told women that it used to be really really hard for me to talk to strangers, they never believe me, even though it’s the truth.

She assumes I have a ton of confidence since I was able to start a conversation with her sober. 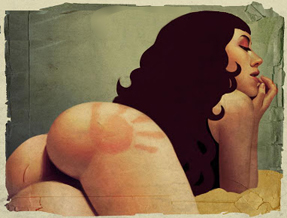 So when she says something mean, I’ll call it out and joke that it hurt my feelings.

They always laugh. They can hear in my tone of voice that I’m being sarcastic.

In fact, whenever I say to women anything about being a sensitive guy, they always laugh.

That means I’m doing my job and coming across as just a bit of an asshole rather than a nice guy.

You can even take this whole thing further and bust on her for being mean. And you can continue to interpret things she says as mean later in the conversation.

Every once in a while you can tell her how mean she is.

You can do it so much that after a while, she’s trying to convince you that she’s not mean. It’s fun and puts her gently on the defensive.