I Wanna Get Next to You 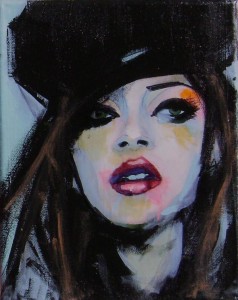 “That girl is so your type,” says Glenn.

I’m in Barnes and Noble with Glenn and Lee. Saturday afternoon crackin and stackin.

I look over at the girl sitting at a table in the caf?????? of the bookstore. She’s wearing a super cute little artsy bonnet.

I start to walk over to her. It’s a long walk around dividers, past tables. I can feel my heartrate start to elevate.

When I get to her, I don’t waste a moment after I open her before sitting down.

“That book is excellent,” I say as I grab a seat.

But there’s a problem. She’s has her jacket draped over the chair next to her, so the only available seat is across the table from her.

I would have definitely taken the seat next to her instead of across from her, but there is no way I could have moved her coat on opening.

So now I’m sitting across from her.

I hate this set up.

I start to talk to her and she’s really into it. But it’s difficult to make physical contact across the table.

The importance of physical contact in an interaction cannot be overstated. For some, physical escalation is their entire game.

Back when I was a coach for Pickup 101, we would gather the students around to let them in on a secret that only the gurus of sex know:

“You can’t have sex with a girl unless you touch her first.”

I’ve done speed dating on a few occasions and have been fairly successful.

The only time I’m not successful is when I have to sit at a table across from the women.

Sitting next to a girl allows me to comfortably touch her without the awkwardness of looking directly at her or facing her while I do it.

It’s so much more comfortable for everyone involved. 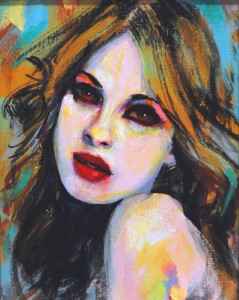 Of course, if I have to sit across from her, I’ll still touch her across the table.

But not sitting next to her leaves me blinded. We don’t have that comfort that allows me to get the tactile feedback from her.

That tactile feedback gives me some very important information about her attraction for me and where to go with it.

At the end of the interaction, I get her phone number and leave.

“She seemed really into you,” Glenn says. “And she was smoking hot.”

“She was even better up close,” I tell him. “but I was in an awkward position logistically with the seating.”

The beauty of having wings who know what the fuck they’re doing, is that they can give you feedback on what you can do better next time.

Lee explains something great to me.

As I’m talking to her, I’ll purposely mumble something so she can’t understand it. Then I say ‘Know what I mean?’

Then I motion to her to hold on for a second. I get up from my seat and take the seat next to her and resume talking.

It would have worked brilliantly because there were times when we couldn’t hear each other.

I do something similar in loud nightclubs. With the loud music, it’s practically built for getting close to women.

Instead of leaning in to hear her, I turn my body so I’m facing the same direction as her and almost back in so I’m closer to her and can hear her.

This allows for a lot of physical contact that would be awkward if I were leaning into her.