I Can't Leave My Boyfriend 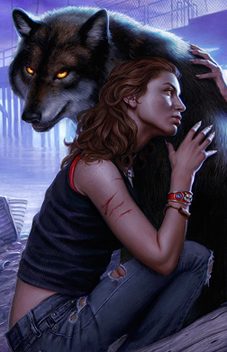 A friend sent me a clip of a great episode of MTV’s reality show, True Life.

The episode is called I Can’t Leave My Boyfriend. Watch it here.

The show focuses on two women who can’t leave their astoundingly worthless boyfriends.

She’s with a 40-year-old, pudgy goth dude who wears a top hat, goes by the name “Hangman,” and refuses to leave the apartment.

They order from the same Chinese food place night after night.

After she threatens to leave, he finally agrees to take her out on a date.

And where does he take her?

To the same Chinese restaurant they order from every single night.

It’s easy to watch this video and wonder to yourself what’s wrong with this girl.

No doubt, she’s emotionally weak, a bit deluded, and probably has other psychological issues we don’t know about.

But the way she’s acting is a bit like most women. She’s reacting to some things he’s doing right–at least in terms of making her want him.

Firstly, the guy is extremely good at reframing situations. Here’s an example: 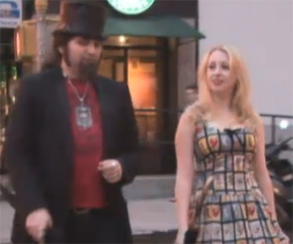 She orders Chinese food. Although it has arrived, he sits at his computer for 20 minutes while the food gets cold. She starts eating because he’s not coming to the table.

When he finally gets to the table, he says, “You know, you could have waited for me.”

But it’s a great example of reframing the situation.

He was obviously in the wrong.

But instead of saying, “Sorry, I took so long,” he turns it around on her.

A less douchey guy might do the same thing using humor instead.

“I can’t believe you didn’t wait for me,” he might have said, playfully pretending to get angry. “I would have been ready in two or three hours.”

Secondly, he deals with her shit tests amazingly well.

“Babe, where are you? ” she complains on a phone call. “I’ve been waiting for you all night!”

“I’m glad I shattered all your expectations,” he says. “I’ll catch you later.”

At the first hint of any shit she gives him, he throws it back in her face.

He does not profusely apologize when she tries to amp up her emotional protests. 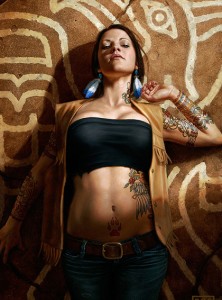 The underlying communication here is that she needs him more than he needs her.

He is communicating that his terms for continuing the relationship include her not acting the way she is.

Whether her anger is justified is another story. He’s being dominant in defining the relationship.

Thirdly, when she calls him up after a long break, he doesn’t drop everything he’s doing to talk to her.

Instead he says, “I’m hanging out with some other people right now. I can talk to you tomorrow, but I have to go.”

“That was an unsatisfactory conversation,” she says after hanging up.

And that’s exactly the point. He’s showing that his life is more important. And she’s left wanting more of him.

As I talked about in my last article, do your own thing, and she will follow.

This isn’t to say that you need to be a total douchebag like this guy to get a girl like that. You wouldn’t want to.

But this is a great demonstration where his looks and wealth don’t keep the girl hooked on him.

It’s his attitude and the way he interacts with her.