How to Loudly Proclaim a Lack of Initiative 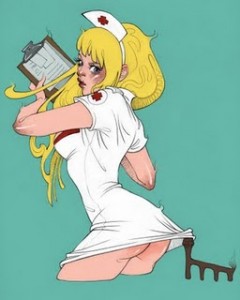 It still happens to me about twenty times a day: I’ll go to put my hands in my pockets.

And I have to stop myself.

I’ve got these long, dangling appendages–called arms–coming out of the sides of my torso.

At the end of each of these “arms” are these awkward proturbences called “hands.”

They don’t know whether to be tense or loose. It feels weird to just have them hang there.

I want to stick them in my pockets or loop them around my belt buckles.

But every time I go to do that, I think of a video I saw of two mixed martial arts fighters who stare each other down.

One fighter, because he has his hands looped into his pockets, looks so much less confident than the other fighter. Can you guess which fighter ended up getting his ass kicked?

Even with his hands just looped into his pockets and not shoved all the way in, he’s still expressing that he’s not a threat to anyone.

Your hands in your pockets are the very first step to hiding, making yourself smaller and taking up less space.

The guy who hides is the one who is definitely not the leader. He’s not comfortable expressing himself in front of other people.

If your body inherently speaks a language, then having your hands in your pockets is the equivalent of saying, “I’m not about to take action. I’m not about to get physical. I would never touch another person. And definitely not a girl.”

“Don’t worry about me,” you’re saying when you’re hands are in your pockets, “I’m not the kind of person to take initiative.”