How Long Does It Take to Be Great with Women? 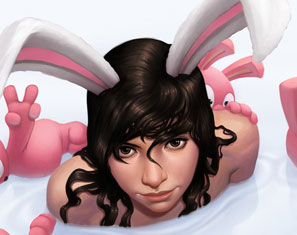 It was a warm Friday evening, November 2005.

I was sitting in a subway car on my way to get coaching to learn how to meet women.

It was something I had never done before.

I noticed my reflection in the window. I was wearing a new black leather jacket I’d bought just for the occasion, and a wooly brown sweater underneath.

As I noticed my reflection in the window, I wondered if I could really turn into a pickup artist.

It lit me on fire.

I read it in a few days, staying up the entire night on the last day reading it. I couldn’t put it down.

Do people really do this?

As excited as I was after reading The Game, everything changed when I went out a few days later to try to meet women.

Frankly I was too scared to try anything on my own.

I went on some forums and there was a guy named Brad P who was giving coaching. He seemed to really know what he was talking about, so I signed up for a night of coaching with him.

It would be me and three other guys paying $60 for a night out with Brad. 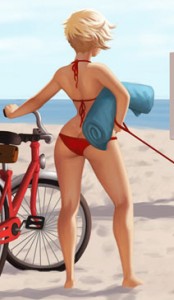 As I sat there on the train on my way to meet Brad, I looked at my reflection. I felt helpless and scared.

I wondered, if I could project myself five years in the future, would I be able to meet women anywhere?

Five years from now, would I be looking at someone who was unafraid to approach women?

Is it possible to get better at this stuff?

I’m often asked, how long does it take to get ‘good’?

While no one expects me to respond with a specific date or even say X years, they want a timeline. Perhaps 10,000 hours.

In the book Outliers, Malcolm Gladwell talks about how in 10,000 hours, you can become an expert at anything, whether it’s piano, surfing, or math. 10,000 hours, says Gladwell, is “the magic number of greatness.”

After reading Gladwell’s book, Dan McLaughlin decided to test out this theory and go from never having swung a golf club, to a professional golfer by putting in the requisite 10,000 hours. He is turning his life into an experiment. (Can a complete novice become a golf pro with 10,000 hours of practice?)

When Dan McLaughlin first pitched his idea to Christopher Smith, a Nike-affiliated coach who has written a book about golf, Smith was not just uninterested. He was insulted. Golf is famously frustrating. Smith told Dan it was much harder than he thought. He told him to Google K. Anders Ericsson at Florida State University, a psychology professor and a leading expert on expertise.

Dan Googled him. Then called him. Then read his scholarly work. Smith started to think Dan was more committed than he had originally thought. Perhaps Dan was an opportunity. How would he teach golf to a person who was relatively fit, clearly willing and totally untouched, with no bad habits to undo because there were no habits at all? Dan persuaded Smith to coach him.

There are more than 27 million people in this country who play golf. There are 125 permanent spots on the PGA Tour. Smith has told Dan the odds of him earning one of those spots are astronomically long. He picked golf, Dan says, because he wanted something not impossible but close. He grants that there’s a “99 percent chance I’m not going to become a PGA golfer.” But that’s not the point.

“Basically,” he told the people at the conference, “what I’m trying to do with this project is demonstrate how far you’re able to go if you’re willing to put in the time. “I’m testing human potential.”

Five years ago, I began my journey to become ‘a pickup artist.’ I wasn’t looking to become the best pickup artist in the world. But at the same time, I felt I had a world of potential inside me that I wasn’t living up to.

It is possible to put in 10,000 hours and become an ‘expert pickup artist.’ But it doesn’t works quite the way one would think.

Getting better with women, I’ve always said, is a lot more akin to becoming a better runner than learning math. You could possibly study math for 4 or 5 hours a day–or even more–but you can’t run for 5 hours a day.

Getting better with women has everything to do with your body–and not just anyone’s body–your body. Every person is different in how they attack this, what they’re looking for, and how they define success.

But I’ll map out a few pointers that will help along the way.

#1: Dream Big. Have clearly defined and specific goals. You want these goals to be lofty. Make them as big as possible. And write it down somewhere.

Do you want a super-model looking girlfriend with a PhD in astrophysics? Write it down.

Whatever you want, write that dream down. There is no way to tell whether you’ve reached your goal unless you have a specific goal.

‘Being great with women’ is not an achievable goal because you’ll never know when you reach it.

#2: Take small steps. While this seems counter to #1, you need to have manageable actions you can take on a daily basis.

Make sure it’s something you can continually and enjoyably do every single day.

Me giving you a number like 10,000 hours or 3 years or any other number can easily lead to you trying to “get it over with” instead of learning to enjoy the process.

You’re better off starting out easy and doing something really simple, like asking one person for directions every day for a week, instead of putting a ton of pressure on yourself and deciding you’re going to do five approaches every day.

And so, the big question. After five years of doing this stuff, have I become pickup artist extraordinaire?

Have I become truly great with women?

I can tell you I’ve reached all of my goals, from dating multiple attractive women, to being with head-turning hotties.

When I’m with a girl, it’s extremely rare to walk into a place where this woman on my arm isn’t the hottest girl in the room. 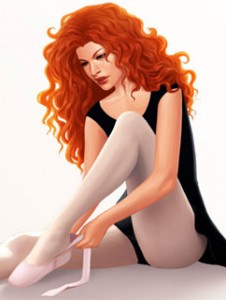 It’s all relative, of course. I’m still out there fighting the good fight, and mostly, challenging myself on a daily basis.

There are ups and downs.

Some days I feel like I’m king of the world. I can’t believe how far I’ve come. I’m amazed at all the things I can do now that I couldn’t before.

Other days, doubt rushes in like a tsunami and I wonder if I’m fit to tell anybody what to do when it comes to women.

Time washes away the significance of my achievements like sandcastles on the beach.

I accept all of these feelings, both good and bad.

I fully experience the thrill of connecting with someone amazing, along with the heartbreak of rejection–more so than I ever have before.

Because now, I’m empowered to take the initiative I wasn’t before.

And that makes life incredible.