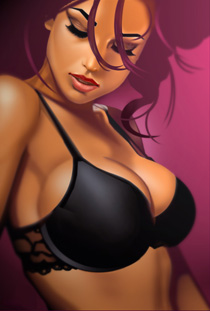 When it comes to being direct with women, there are few people in the world who do it better than Glenn P.

Glenn has developed an original style that’s more sexual and forward than anything I’ve heard of.

Glenn isn’t the best-looking guy in the world. He was made fun of in school and called `Gonzo’ for his large nose.

But he does exceptionally well with women.

He is considered to be one of the top guys in the world when it comes to women.

It would not be an overstatement to say that he has supermodels eating out of the palm of his hand.

I go out a lot with Glenn and I’ve seen it first hand.

He’ll walk away from a gorgeous woman with a phone number or e-mail.

And then later, we find out, this woman is some type of model in magazines or online.

One was recently on the cover of Bazaar magazine.

This happens with frightening regularity.

In a recent conversation, Glenn and I discussed how he feels about being direct with women.

“When I see an amazing woman, I get excited,” he said.

“Here’s this woman who I’ve never seen in my entire life. She’s ridiculously attractive and I have a chance to walk up to her and possibly fuck her. That excites me.”

“There’s a difference between randomly complimenting a woman and actually initiating a conversation with a woman where you know you’re going to talk with her.

When I walk up and present myself, she knows that I’m there to talk to her based on what I say and how I act.

In general, if I’m going to start a conversation, I avoid normal compliments.

A normal compliment is something that she hears a lot.

Most guys are going to compliment a woman and say something like:

With the type of women I approach, it’s likely she’s heard things like that a few times that day.

Compliments are fine. But when I’m being direct, I try to steer as far away as possible from normal things like that.

I’ll walk up to a woman and say:

“I was just walking by, and I had to come tell you, you are fucking delicious.” 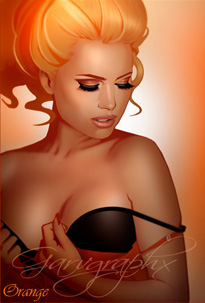 It’s a ballsy way to start an interaction. Very few guys will do something like that with a woman.

When I say that, she perceives me as confident, outgoing, sexual, comfortable with my sexuality, and experienced with women.

She already intuitively knows about the type of guy I am just because of what I said to her.

And it’s not just what I say. It’s my body language, my tonality, my eye contact, my positioning-all of it.

Sometimes I’ll say something a little different like, “You’re the cutest woman I’ve seen all day.”? That tends to get more of a shy `thank you.’

But saying, “You’re fucking delicious” tends to get the woman attracted and have her shut up because she’s just totally enthralled.

Once she’s attracted to me on that level, she’s scared or nervous of what she might say or do that might ruin my attraction for her.

She starts giggling and touching me, asking me a million questions, or just starts complimenting me right away.

What I say after that compliment is just as important.

After I’ve shown her that I’m attracted to her, I let her know she hasn’t won me over yet.

I give her one hell of a hard time and make her work for every last bit of my attention. I let her know I need to find out more about her to solidify my attraction.

“Now you better show me really quick that you have something that I like about you besides your looks, or I’m walking.”

In She’s Six Steps Away, I do a brand new interview with Glenn for the step on being direct with women.

He talks about every aspect of being direct, how he teaches beginners and what to expect when going direct.

We also talk about dealing with rejection and how he stays in prime condition to open a woman anywhere he might run into her.