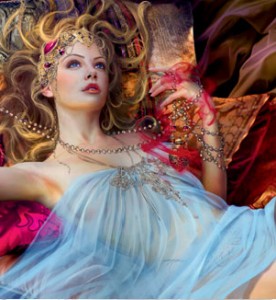 Another excellent post by my good friend Robbie Kramer from Inner Confidence.

It’s funny how we make things a lot more difficult than they have to be.

By we I mean men, and what I’m talking about specifically is approaching women.

Has something like this ever happened to you before:

You see a woman you find attractive.

You walk up to her and compliment her and then ask for her phone number or date.

“Hey I just wanted to tell you that you are really beautiful, would you like to have coffee with me?”

She blows you off by either rolling her eyes, flat out saying no or says “Sorry I have a boyfriend.”

You walk away feeling deflated and a little stupid.

But at least you tried, you tell yourself. Better to walk away having tried then regretting would could have been, right?

I’ve been studying this stuff for a LONG time and during that time I approached thousands of women.

Occasionally, this approach would lead to a date and a great opportunity but my batting average was pretty darn low, like 10%.

Hundreds of these approaches went exactly like the description above and man was it frustrating!

Everyone kept telling me, just go up to her and have fun. I was trying to have fun but rejection after rejection is NEVER fun.

There are very few FUN activities that involve a 90% failure rate.

I searched high and low to figure out what I could do to have fun, because there was no way I could keep this up if I wasn’t have fun.

The first thing I realized is that I had fun when women said “Yes” to me.

This was an extremely important realization.

But this happened rarely. So I had to figure out why women weren’t saying “Yes” to me.

If you walk up to a woman you’ve never met before and you ask her out on a date or ask for her phone number, is that something that she can easily say yes to?

Here are some reasons why she would say yes:

1) She finds you attractive

2) She feels comfortable around you

3) She wants to get to know you further 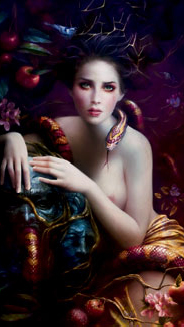 Here are some reasons why she would say no:

1) She finds you unattractive

2) She feels uncomfortable around you

3) She has no interest in getting to know you further

4) She doesn’t trust you

5) She really does have a boyfriend

6) She is nervous around strangers

Obviously both of these lists can be expanded.

But the point I’m trying to make is this:

Even if she finds you attractive and wants to get to know you better, she may be a little bit shy, or not completely certain to say “yes” in which case, you’ll walk away empty handed.

I promise that you’ll have a lot more success if you do this instead:

Ask for things that are easy for her to say “yes” to.

After you get a few “yeses” you’ll probably get “yes” when you ask for the date or a number.

I’m not talking about a “Yes Ladder” here either, this isn’t about manipulating people’s minds or cajoling a woman into doing something she doesn’t want to do. I’m simply talking about common sense.

To make a sweeping but reasonably true generalization about how men and women behave during the modern day process of courtship, men are trying to get to the good stuff as fast as possible while women are trying to slow things down and make sure her suitor is a good fit.

So do yourself a favor and slow down, boss! 😉 Trust me, you’ll stand out from the pack.

So if you’re thinking… “Ok Robbie, what should I do instead?” Then let me fill you in.

When you approach a woman, ask for things that she will probably say yes to. Or in other words, try to create a win/win scenario.

Let’s say the last 10 approaches you did resulted in nothing but frustration. Wouldn’t it be nice to at least get a positive reaction? Well here’s a surefire way to get one. 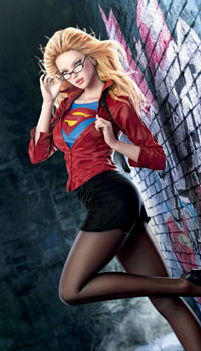 Say this: “Hi, the last 10 beautiful women I approached like this shot me down hardcore, so can you do me a favor and tell me that I’m not the ugliest guy in the world, and then tell me that I’m super cool, even if it’s a lie. :)”

She’ll laugh and she’ll probably do it.

Because it’s easier for her to do it, then to not do it!

Because you started an interaction with a laugh and a smile, a big improvement then what was happening before.

Don’t worry about getting the date or the phone number yet. If you can’t at least get a smile, going for a date is gonna be stretch. Baby steps…

Let’s say the last time you went out to a bar and approached women, your interactions went really poorly. They lasted only a few moments and ended in rejection.

You didn’t know what to say to start the conversation and you were way in your head all night.

Say this: “Hi, the last time I went to a bar, I didn’t have much fun because I was in my head and the conversations I had never lasted longer then 30 seconds. Here’s my request. I’m gonna talk to you for 31 seconds and if you catch me thinking, I want you to slap me. Then I’m gonna go to the bathroom. Ready, set, go!

This example along with example #1 will almost always result in a really positive interaction. 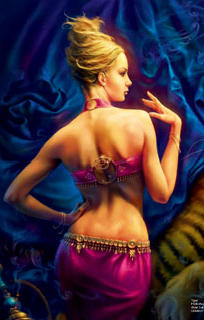 Because you aren’t trying to “game” her, you are being honest, your honesty is actually really funny because… well, it’s honest and most people don’t have the balls to be that honest.

Like I always say… don’t use my words if they aren’t authentic to what you are experiencing, thinking and feeling, because they won’t work.

Make up your own instead. I just showed you how to do it in the examples above.

BUT… Women don’t want to do any of these things before they feel comfortable.

Bottom line, when you approach them, start off by asking for things that make you feel comfortable and chances are, you’ll hear the word YES quite a bit.

Every time you get a yes, you build confidence.

And like I always say, if you focus on building confidence, the byproduct will be an abundance of women.