Feeling Good After a Bad Interaction 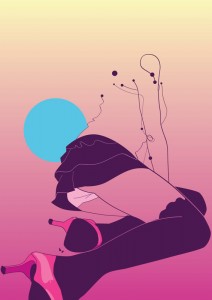 It was a while since I’d gone out at night with some friends just to run game.

After a chomping down a steak barbecue, we head out to the streets to hit the bars of Williamsburg.

The agenda for the evening? The apocalypse opener.

You say “Hi. How are you?” She responds. She asks how you are.

In as casual a tone as possible, you say “Good. Do you want to go home with me?”

After a few drinks when you’re running around with your buddies, this opener ends up being more funny than anything.

On our way to the bars, we do the opener a number of times to women walking by on the street. Almost all positive responses.

After having a lot of fun interactions in different bars, we end up at a crowded bar with loud music.

I open two cute women who are in conversation with each other.

Start to banter with them and have fun. Actually get them up and dancing for a minute.

Then I look at one of the women and say “I get the feeling you’reÂ¡Ã„ a fashion designer.”

Immediately, she gets this look on her face like I just backed over her puppy with my car.

I can tell I’ve hit a sore spot with her. A very sore spot. In fact, I can tell from the look on her face, there’s no turning this interaction around. 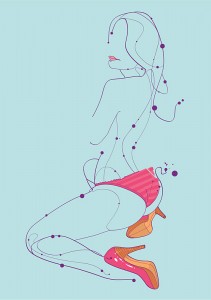 So I back turn them. Walk off.

For some reason, even after all the outrageous openers we used, this gets to me. I can feel my body start to react. I start to feel rejected.

Logically I don’t care. I talked to so many people that night and had great successful interactions. But for some reason this bothers me.

This is a critical moment. I know this.

This is the moment that makes or breaks you.

You can have ten successful interactions, and if you end up feeling bad about one interaction, it can steal your confidence and give you even MORE approach anxiety than you had before.

If I allow myself to keep thinking about this, it retriggers those feels of rejection, anxiety, embarrassment and ultimately shame.

But if I handle it now, I’ll be feeling better soon.

How do I handle it?

Firstly, affirmations. Every time that thought–or feeling–is retriggered, I say an affirmation. That affirmation doesn’t necessarily need to make me feel better at the time. I just need to say it in my mind. 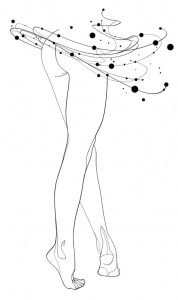 I was fucking awesome because I took a risk.

Secondly, I do some deep breathing. This helps me to relax.

Thirdly, I’ll joke around with some friends. I’ll tell them what happened and laugh about it.

If I don’t do anything to catch myself, the next day I will feel it.

Instead, I “recover” from this. I do think about it a number of times, but continue to say my affirmations.

The next day, I see an absolutely gorgeous girl on the subway platform. Because I’m in a good state, I approach without hesitation.

I open her and end up getting a date with her.

If I had let the previous evenings rejection get me down, I would not have been in a good state to do this.

Want to learn how to successfully meet women in real life?

“As a result of Eric’s coaching, I have picked up and dated three of the hottest girls in my law school. I number closed a former playmate (Miss September 2004), and several models.” – Paul