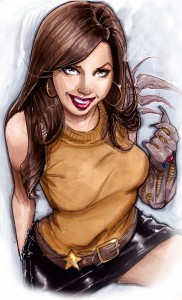 There are many good reasons to avoid being Facebook friends with women you want to date.

It almost always works against you.

I actively avoid it. If they try to be friends with me, I tell them I don’t use Facebook too much.

No doubt, when she’s really hot, you want to look at all her pictures.

But it’s worth resisting that temptation because there are so many downsides to tangling with Facebook.

If you notice on Facebook, hot girls get a ton of validation. Girls in general get a lot of guys posting things on their wall, ‘liking’ their posts and photos, and commenting on their stuff.

By playing the Facebook game, you start to validate her in ways that do not lead to physical intimacy.

You waste valuable cache that could be used connecting with her or making her wonder whether she has you.

If you’re dating more than one girl at a time, and friends with both of them on Facebook, you have a potential problem on your hands.

You’re vulnerable to one of the girls marking her territory by putting up posts on your wall, commenting, and liking your stuff.

She may start to over-do it.

At that point, it’s really difficult to unfriend her or ask her to knock it off without pissing her off. 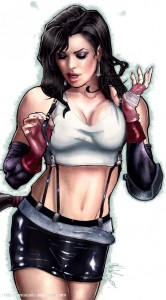 3. It can take away the mystery.

Once you’re friends with a girl on Facebook, she can get a very good idea about you. That can take away a lot of the intrigue.

There’s also a good chance her opinion of you will change for the worse.

You worked hard to make a good impression when you first met her, why risk ruining it?

Maybe she sees you with a lot of girls and decides you’re a player.

Maybe she doesn’t see enough women in your photos and decides there must be something wrong with you.

Maybe your pictures are too boring. Or your friends come across as unattractive or socially inept.

Maybe you come across as too much of a party guy. Or you don’t have enough travel photos.

Maybe she thinks your status updates are stupid. Or you come across as anti-social because you update your status too much.

There are a lot of pitfalls in showing her even a carefully groomed profile.

In contrast, when you’re in person with her, you can calibrate and show her exactly what you want to show her.

4. It becomes a problem when breaking up.

Even when I’ve had exclusive relationships with women, I’ve avoided friending them on Facebook.

That’s because if the relationship goes sour in any way, you’ve got a mess to deal with.

If you’re getting too emotional over her, it’s really easy for you to get jealous.

It’s possible she could even try to make you jealous by posting pics of her with guys.

Or she’ll see your status updates and get jealous. Or you’ll try to get back at her by posting pics of you with girls. 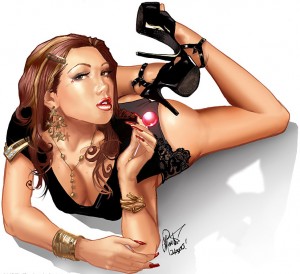 If you get mad at her, you might unfriend her and that could make you look petty.

Or you might want to unfriend her, but you don’t want to piss her off.

It’s pretty much a mess.

5. It’s very difficult to “game” a girl on Facebook.

There’s something to be said about online dating.

It has it’s place.

And it’s not impossible to meet a girl through Facebook.

But if you’ve met her in person, the actions you take on Facebook tend to only hurt your situation with her.

Sure, you can banter with her through messages, just like you could through e-mail or text.

But if you haven’t made a good impression in person, there is very, very little chance that you will make headway through Facebook.

If she won’t agree to a date in person, it is highly unlikely that you will say or do anything through Facebook that would change her mind for the better.