"Excuse me, may I have your seat?" 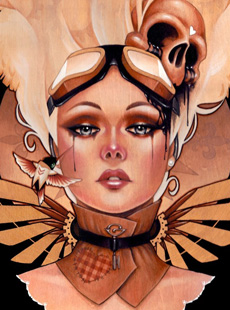 They were to go down into the subways of New York City and, over and over, ask people if they could have their seat.

“Excuse me, may I have your seat?”

Originally, the experiment was conducted to see just how many people would give up their seats. Surprisingly, two thirds did.

But the more interesting part about this experiment is the trepidation the students experienced trying to carry out this task.

Those of you who have had trouble breaching the invisible barrier between you and that attractive stranger on the street will relate to their experiences.

The seemingly simple assignment proved to be extremely difficult, even traumatic, for the students to carry out.

“It’s something you can’t really understand unless you’ve been there,” said Dr. David Carraher, 55, now a senior scientist at a nonprofit group in Cambridge, Mass.

Dr. Kathryn Krogh, 58, a clinical psychologist in Arlington, Va., was more blunt: “I was afraid I was going to throw up.” (NY Times)

Kathryn Krogh looked so sick that “another woman sprang up from her seat and twice asked Krogh, who kept her eyes fixed on the ground, if she was O.K.”

Dr. Milgram asked another one of his graduate classes to do the experiment. But no one would.

Finally one student agreed. He said he would go out and try it 20 times.

The student could only complete it 14 times. Why only 14? It was too difficult.

So Dr. Milgram went out to try it for himself.

But when he tried, he found himself “frozen.”

“The words seemed lodged in my trachea and would simply not emerge,” he said in the interview.

Retreating, he berated himself: ‘What kind of craven coward are you?”

A few unsuccessful tries later, he managed to choke out a request.

“Taking the man’s seat, I was overwhelmed by the need to behave in a way that would justify my request,” he said. “My head sank between my knees, and I could feel my face blanching. I was not role-playing. I actually felt as if I were going to perish.”

Another student said what he was doing felt “unethical.” He felt like he was deceiving the other passengers. In order to feel better about what he was doing, he would give them a card explaining the experiment.

Keep in mind what these people were doing.

They were asking a person for their seat on the subway train.

Many who have tried to interact with a stranger in public have experienced this. 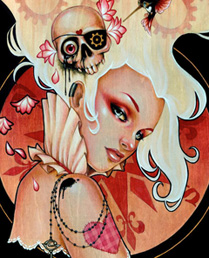 People will go to great lengths to avoid public embarrassment and rejection. They will avoid at all costs doing something they perceive as socially inappropriate.

“Just go up and talk to her,” is a common admonishment that very few in our society are comfortable doing themselves.

I had a coaching client this Saturday who wanted to learn in one day all the mechanics of meeting women in public, from getting attraction to getting her phone number.

Yet, when we went into a supermarket, he felt “creepy” picking up a food object and asking an attractive woman if she’d tried it.

This is completely normal. Everyone has these thoughts and feelings, particularly when starting out.

Once you do it enough times though, those thoughts and feelings fade to the background. You can focus on other things, like voice tone, eye contact, and using edgier openers.

But those thoughts always creep back. Take a few days off–or don’t get enough sleep the night before–and you may find yourself temporarily back in that head space.

Those emotions and thoughts crowd your mind.

Knowing how to deal with it, how to take one step after another up the ladder out of that hole, is the only way forward.

There is no substitute for understanding yourself.