Between Nice Guy and Asshole: I Cross the Line 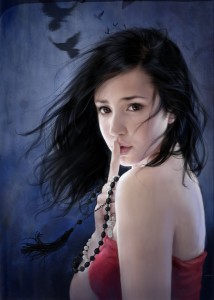 I’ve talked a lot about how problematic it is to be too much of a nice guy.

But how do you know when you’ve crossed the line between nice guy and uncaring asshole?

This is a big fear for guys when they stop being nice and start being “real.”

What if you accidentally go too far?

The answer is that there is no way to know if you’ve gone too far until you actually go too far.

It happens to me all the time. I’m constantly crossing that line between simply being confident and being a selfish dick.

A woman will throw “shit tests” at you. She’ll do or say something just to see how you react. But once in a while, she’ll be truly upset or hurt at something you said or did. Being able to tell the difference is where calibration and understanding comes in.

Last night, I was over a girl’s place. I went to the bathroom and when I came back, she said that I walk really loudly, that I stomp across the floor.

Did this really bother her? Not really.

So I joked about it and said that she needs to start dating a guy that walks like a woman. She laughed and joked back with me.

Later on that night, we were talking, and the TV was on. She was saying something and I cut her off to mention something that was on TV.

I could tell this really bothered her–particularly since I already had her laptop open and was looking at it. 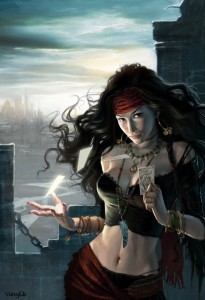 So I backtracked to what we were talking about and made sure to connect with her in conversation. It would have been a bad point to joke with her because she was truly bothered.

Knowing when to be caring and when to be detached is analogous to dealing with children.

A kid may ask for stuff all the time. He may throw a tantrum if you don’t buy him a chocolate bar. But you can’t constantly be “nice” to your kid and get him everything he wants.

It’s in his own best interest if sometimes you are an “asshole” and say No.

On the other hand, if he’s really upset–if he hurts himself or he’s really sick–you can’t just say “suck it up.” It’s your job as a parent to differentiate when the kid is truly upset and when he’s just throwing a tantrum.

If you constantly give in to a kid’s tantrums, you’re toast!

Likewise, your relationship with a woman would go down the drain if you treated every small barb she throws as cause for concern.

It’s one thing to calibrate to a woman when you’re in a relationship but what about when you first meet a woman? What if you push it too far?

A lot of times, there isn’t much room for smoothing things out if you go too far when you first meet a woman.

If you banter too hard and the girl doesn’t get it, you can simply say “I was just playing.”

But usually, if you go too far on opening, the girl simply walks away.

You wouldn’t want it to.

There’s an opener I would use a lot:

Hey, how do I know you? Wait… Have we had sex? We did! Oh my god, I was so drunk last weekend. But you were pretty good. And so was your friend…

Some girls thought this was funny.

Some girls got offended and walked away. 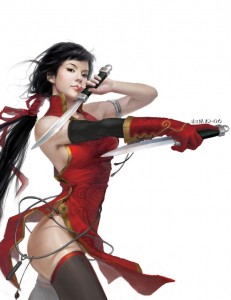 But if a girl gets offended, don’t worry about it. She’ll get over it. She doesn’t know you.

She’s not going to go home and kill herself because you were too sexual with her. You didn’t commit any crimes.

But for a nice guy, that kind of rejection is a lot to deal with.

In the beginning I couldn’t live with myself if I offended a girl in that way. It was too painful. It went against the grain of everything I had known in the past, everything I was.

But when you do start to take risks, you also learn to handle the results of those risks. And you realize that if you were as nice as possible all the time, you wouldn’t have taken most of those risks in the first place.

You will inevitably cross that line. That’s okay. That doesn’t mean you’re a bad person. On the contrary, it’s part of learning to trust yourself.

You are a good person. You take cues from society, friends, and family. But ultimately it’s not anyone else who decides whether you’re a good person, it’s you.

It’s entirely up to you.

Part of becoming an adult is learning to let go of everything that everyone has ever taught you and start to feel out these decisions for yourself instead of deferring these decisions to society or someone else.

It’s a lot of responsibility. But it’s also a lot of power.

Being your own man–a responsible, caring adult–is part of negotiating that line, letting go of your nice guy side and taking some well thought-out chances.