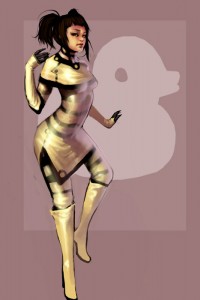 My good friend Scott, an evolutionary psychologist,posted an article about speed dating on his blog, ScottandtheCity.com.

“Where are all the suave speed daters?” he asks.

I recently went to a speed dating event for the first time andhad a really good experience.

Compared to internet dating, speed dating is a great addition to approaching women.

I used to do internet dating. Although I did it for a good number of years and had success at it, I’m not a huge fan of internet dating anymore. It’s just ends up being a huge timesuck without much payoff.

You spend a lot of time writing your profile and grooming it, changing things around to make it sound good.

Then writing women and getting them to meet up is a huge headache as well. There are twice as many men online and those guys send out a lot of e-mails inflating women’s egos, making them a lot less likely to want to meet up.

And then when you finally do meet them, there’s a good chance that you won’t be attracted to them, or they won’t be into you and you’ve already wasted half an evening scheduling a drink with this person.

If you’re going to do something like that, I feel that speed dating provides a much better way to meet people. It takes about two hours and you meet a number of people in a short period of time. It’s much more efficient.

Unlike internet dating, you get to meet them face-to-face and you know right away whether there is any possible connection.

Granted, you won’t be attracted to 75% of the women.But if you even meet 3 or 4 attractive women in that time, it’s already way more efficient than internet dating. 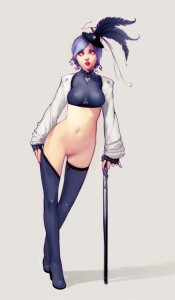 And there’s no time spent looking at photos wondering if she’s really as cute as her pictures.

So howcan yoube successful at speed dating? Here are a few tips.

Most of the guys there at speed dating will be very, very good at one thing: Boring women to death. They have that down to a science.

It’s like they’ve practice being boring for the last ten years. So it’s not too hard to make yourself stand out from the crowd.

Most of the men and women will usually start off with the usually trope. You’ll sit down and she’ll say “So, what do you do?” This is where the fun begins.

Do not tell her what you do. At least not yet. Play around with her. Make something up.

I like to tell them that I own a hotdog stand. And then I roll with it. I roll play it.

I tell them I like to work there because I get to be outside all day. I get to meet a lot of women. And I can eat all the hotdogs I want.

My friend who’s Australian recently went to one and told them that he’s a professional speed dater and won the Australian national championships.

Eventually you can tell them what you do. Or you don’t even really have to. Keep it a mystery.

Instead of asking her what she does, again, be playful. “What do you do–no wait… let me guess… you are a…” and then have fun with it.

You can guess she’s anything–the wackier the better. The point is to have fun. 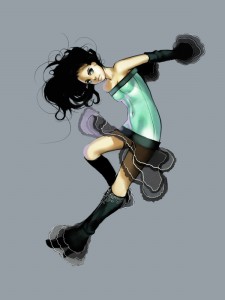 But if she can’t have fun at all, then that’s a pretty good indicator that she’s uptight.

At the speed dating event I went to, we had to wear nametags and each time you sat down to talk to someone, she would look at my nametag,say my name and start to write it down.

I would stop her and say “No. Let’s do this like human beings.” I would hold out my hand and say “My name’s Eric. You are?”

With a few women, I even put my hand on their chest and covered their nametag as I said, “Look, I’m not going to read yours.” It created a really sexual vibe to touch her chest right from the get go.

You also want to make sure that you mix and mingle during the break and after the event.

Most guys will not have the balls to actually do this–and it will set you apart.

You don’t want to hang all over the girl that you’re into, in fact it pays to move on and talk to a lot of people, both girls and guys.

They’ll see you as super social and maybe even think you’re friends with a lot of people there.

Speed dating can be a nice addition to actually meeting women everywhere you go. It can be a fun test of your skills.

And particularly once you have the confidence to walk up to women and talk to them everywhere you go, you will come across as super confident in a speed dating event.